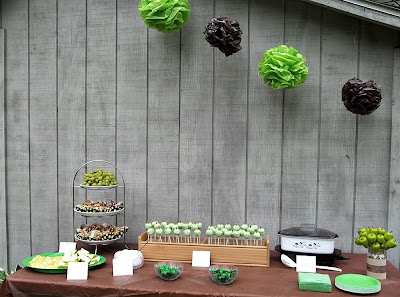 The children have been learning about the Fruit of the Spirit throughout the school year, and so we chose to make that the theme of our "end of the year grandparent's party". Usually, we invite the grandparents and have a quaint little party. This year we decided to invite some neighbors and some other family and our good friends. 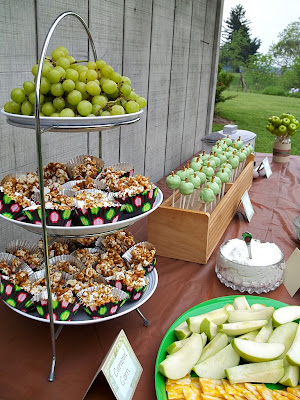 As everyone arrived we made introductions and guests set up their chairs infront of our make shift stage. With storms stirring in the west, we decided to cut the visiting short and get to the snacks and program, so we wouldn't get rained out. 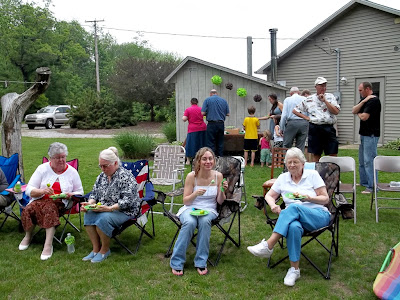 Everyone enjoyed mingling, snacking, and anticipating this year's program. 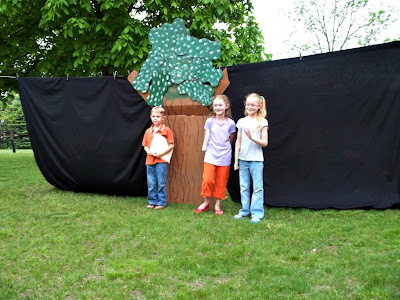 The children started out by singing a song about the Fruit of the Spirit. Then they each had 3 Scriptures that they had memorized that were about each of the Fruit. As they said their verse/verses they held a sign up that said which word they were elaborating with more Scripture on. 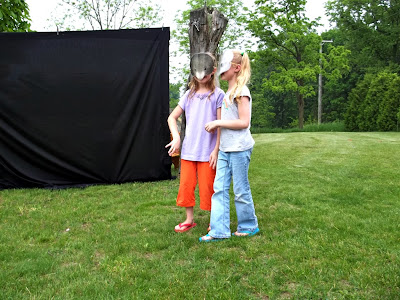 We've had a book from the library that I've always said, "When the children get big enough, I'd like them to do that as a play". Well, I decided that this was the year. The book is called "One Dark Night" and is about a mouse, mole and bear. It's a great story and the children already had masks that I printed from Jan Brett's website, so that completed their costume. Very simple, but I think everyone could tell who or what they were. As Jonathon read the story, the children acted it out and said only the lines where the animal says it in the book. 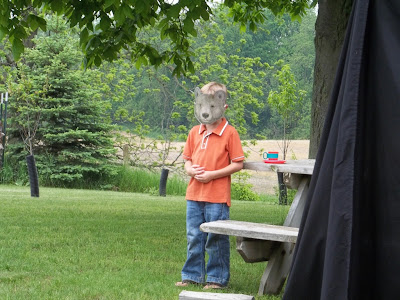 Josiah was a hungry bear who stomped around being angry. 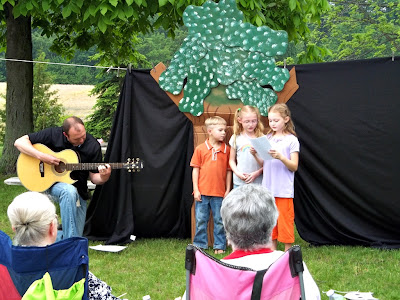 After the play, they came out and while Jonathon played his guitar, they sang a song that I put together that talked about the book and showed how the animals did or did not show the Fruit of the Spirit. This was a middle of the week thing when I realized that they needed just one more things because it was going to be just a tad short. Jonathon put music to my words and we added a great ending to their program. I do have to throw in here that a program isn't great without a good laugh, and Benaiah provided us with that. His part was an owl and all he had to do was say, "Whoo, whoo". When I raised him above the curtain, he threw his mask and said, "HI!" to the audience. Of course everyone laughed, and it added that special touch. 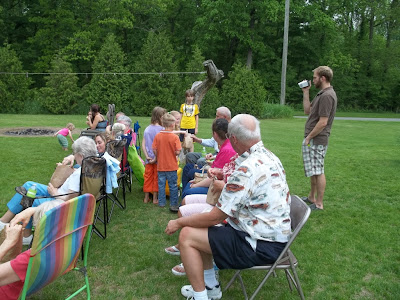 The children had brown bags with apple butter and pumpkin bread or muffins that they clipped shut with clothes pins that had, hand-painted by the children, ceramic apples on them to give to their guests as an appreciation for them coming to their program.

We had pictures with the guests, then everybody skeedaddled to get home before the bad storms hit. 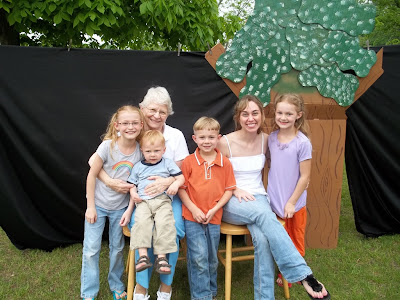 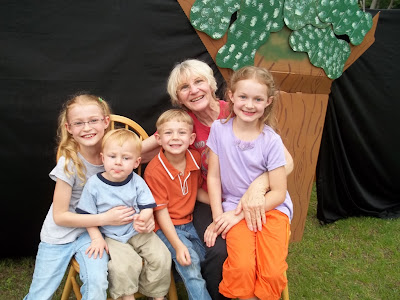 Our new neighbor from California, Sharon. 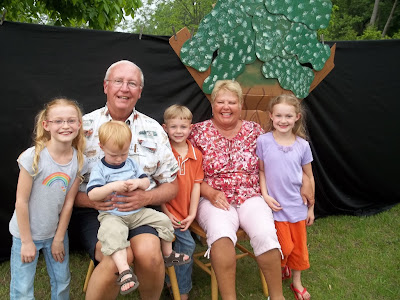 Our other special neighbors, Ruth and Ernie. 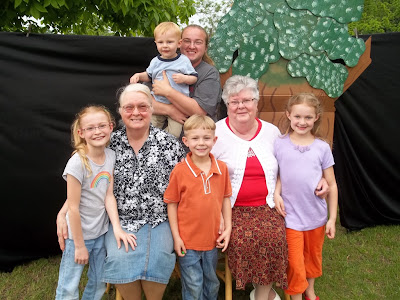 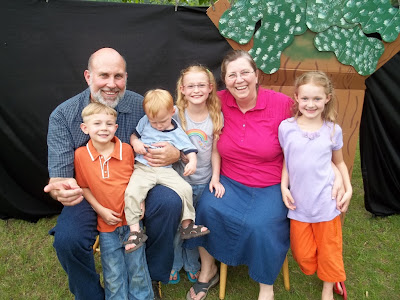 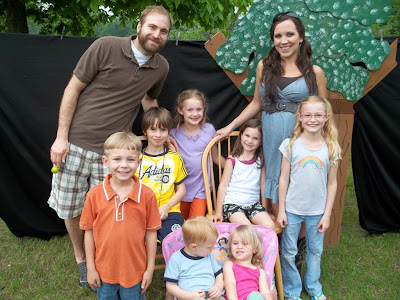 The Brothers Clan- Phil, Casie, Zeky, Elli, Amalyah, and baby to be. 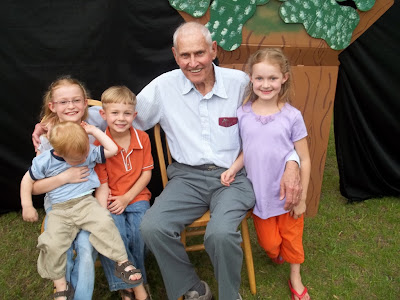 And Great Grandpa Murphy who enjoys his great grandchildren.

What a wonderful time it was! The Father held off the rain for us. Everybody left quite quickly, we hauled everything in and down came the rain, soaking Zeky and Alegra as they ran into the house. Perfect timing! Thank you Father for the perfect weather during the program (no wind blowing our curtain all over the place), holding off the rain, and allowing us to bless others!