A Buck and Boys Makes For a Fun Morning!

It seems some of my fondest memories are when my dad would come home from hunting and say he shot a deer, and it was time to go track it.  I loved being in the woods.  I never went and sat with him, but we always went along to track and find the deer.  My dad was a successful hunter.  Sometimes he would hunt in Michigan and Indiana, bow and gun, and have more than one deer hanging in our barn.  School kids that road the bus with us would comment on how many deer he had shot and some of the boys that were also hunters would marvel at how he could get so many.  I would just smile and agree that it was number 5 or number 6 for the year.  And then to grow up to also enjoy hunting, created more memories with my dad.  I only had time to hunt one year, but it was a successful year.  I believe my dad was just as excited when he heard my gun shot across our 56 acres, than when he would shoot his own.  That was an exciting morning the year we both got bucks the same morning.  And great memories made with close friends and neighbors that will last forever.

So, here is the story for the year, in picture form, of my dad taking Josiah and Benaiah to track a buck that he shot. According to Jonathon, Benaiah didn't seem all that excited or interested in what was going on at the time, but that is all he's been talking about since he's been home.  And Josiah, well, he too has a love for the woods and the outdoors, so he was super excited.  This grandpa was proud that morning, not just to have shot a nice buck, but to have his boys there with him.  And we can't forget Mike Troyer who has been a part of our family's hunting stories ever since I was a little girl.  Some friends and stories just never get old and remain special in all of our hearts for a lifetime. 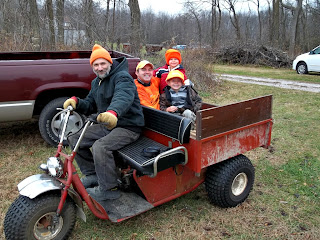 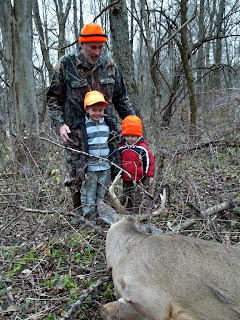 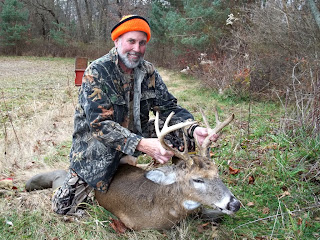 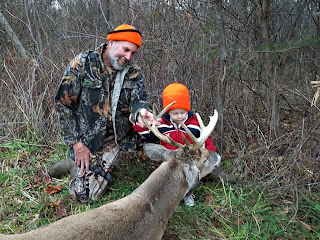 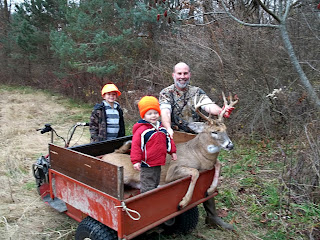 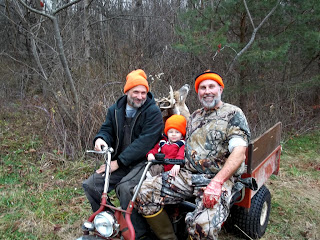