A Fun Day With My Children That Rarely Happens!

A Fun Day At The Park 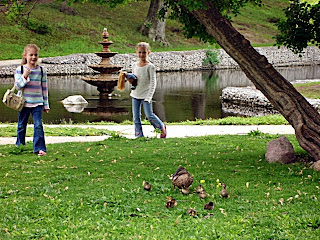 The children and I took some time to have fun today. With it being windy and then later in the afternoon, rainy, it wasn't a good day to do work outside, so we headed to the park. Scidmore Park in Three Rivers, MI was very inviting, but a little poopy (literally). With lots of geese and ducks, you definitely have to watch your every step when visiting this park. We were hoping to enjoy the petting zoo that is there, but it wasn't open today. We could see quite a few of the animals from the paths, so we still got enough of an animal fill. We particularly enjoyed this mama duck and her babies. 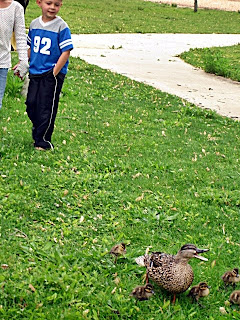 I don't think she enjoyed us though. 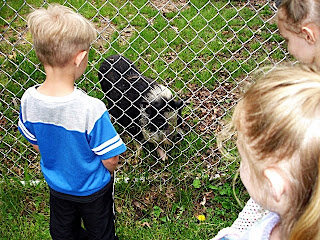 We could see this little pot belly pig from the outside of the petting zoo. He came right over to see us. Alegra thought he had gentle looking eyes. 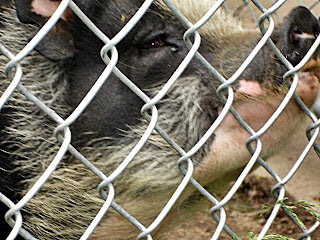 What do you think? I just don't see the gentleness here. :) 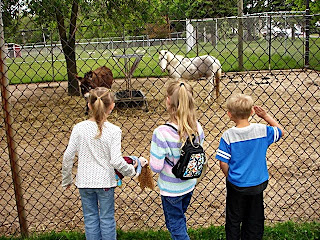 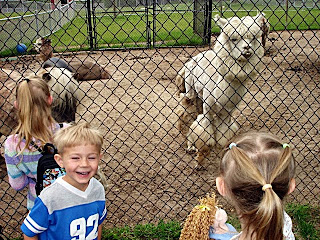 funny shaved alpacas. This one though was quite hilarious with two bottom teeth that stuck out of its mouth about 2 inches. The children thought it was quite funny too. Can you tell? 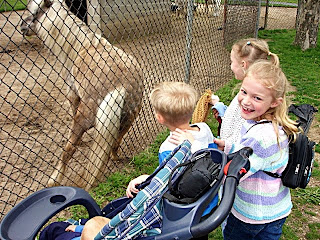 And the pony did a little bottom itch for us too, which the children also thought was quite funny. Can you tell? 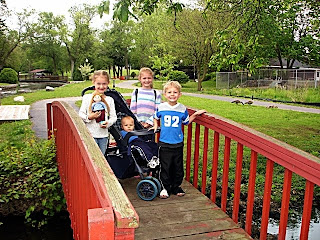 This park was nice but again with all the birds, it did make for a not very relaxing walk. The river was pretty and the bridges were fun for the children. And we did enjoy seeing gosslings and ducklings but with that came unhappy parents who wanted to attack. We watched our backs constantly. 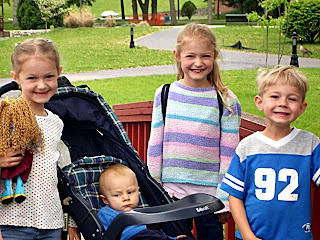 Three children having a ball while one was just along for the ride and didn't really care where he was at. 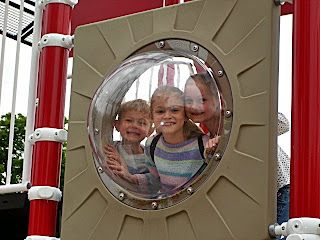 After our walk we headed for the big playground that was quite fun for the children. It had lots of slides and little special things that were added fun. 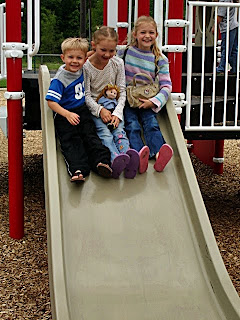 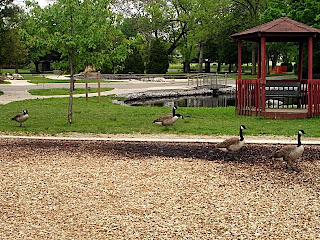 And some of the geese that I kept my eye on. At least at the playground we were close to a place we could climb up to get away from them. 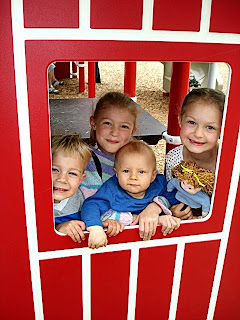 We did have fun! 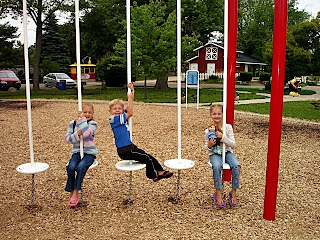 These were fun twisty toys. Not a typical swing. 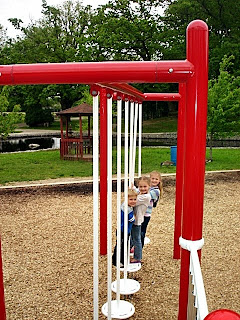 And made for a fun picture. 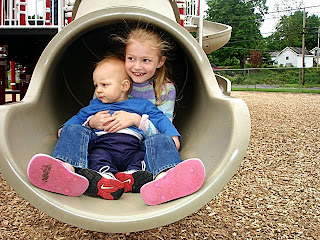 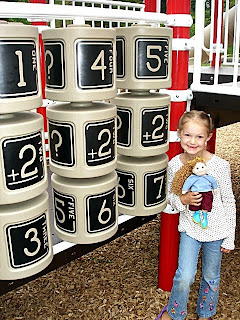 And I even made Diella do some math. Way to go! You get an A+! 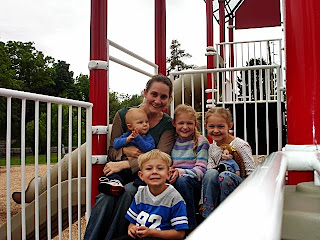 All smiles from us all! 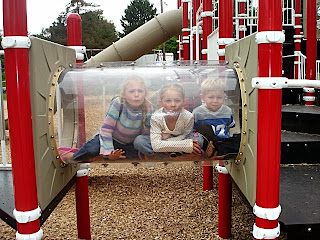 Silly faces in the tube. I think they were really just getting away from the geese. 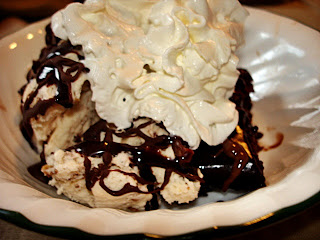 And I certaily can't end our day without saying that today is Jonathon and I's 13th wedding anniversary. He took me out to Applebees and rather than spending the crazy amount they charge for dessert, we went home and made our own amazing dessert that we all enjoyed. Chocolate Fudge Brownies with Peanut Butter Passion ice cream with two kinds of chocolate drizzled on top and don't forget the whipped cream. Delicious! Perfect ending to a near perfect day!

that looks like a fun filled day, Christi...my kids call that park Poop Park!! lol just for that reason! Have a great day