Never point a gun at people!  That was the theme of Grandma Deborah's Birthday party.....spoken only by the Grandpa.  These children must learn gun safety!  Okay, we'll all support him in wanting to teach the children gun safety with our nerf guns.  It's the right thing to do.  :)

Happy Birthday to my momma!  After supper and some dessert and coffee, Josiah and Alegra played a couple songs on the piano while I set up the rest of the evening's activities.  We have been planning this party since right after Christmas.  We scored some super fun nerf guns and bullets at Menards on clearance and knew they would make a really fun time for the family.

I hid all the stuffed animals around upstairs, gave everybody a gun, bullets, and a plastic bag to "bag" their kill.  Oh, and either a flash light or head lamp as we left all the lights off, so they had to shine their light to find the animals.  Ready, set, go! 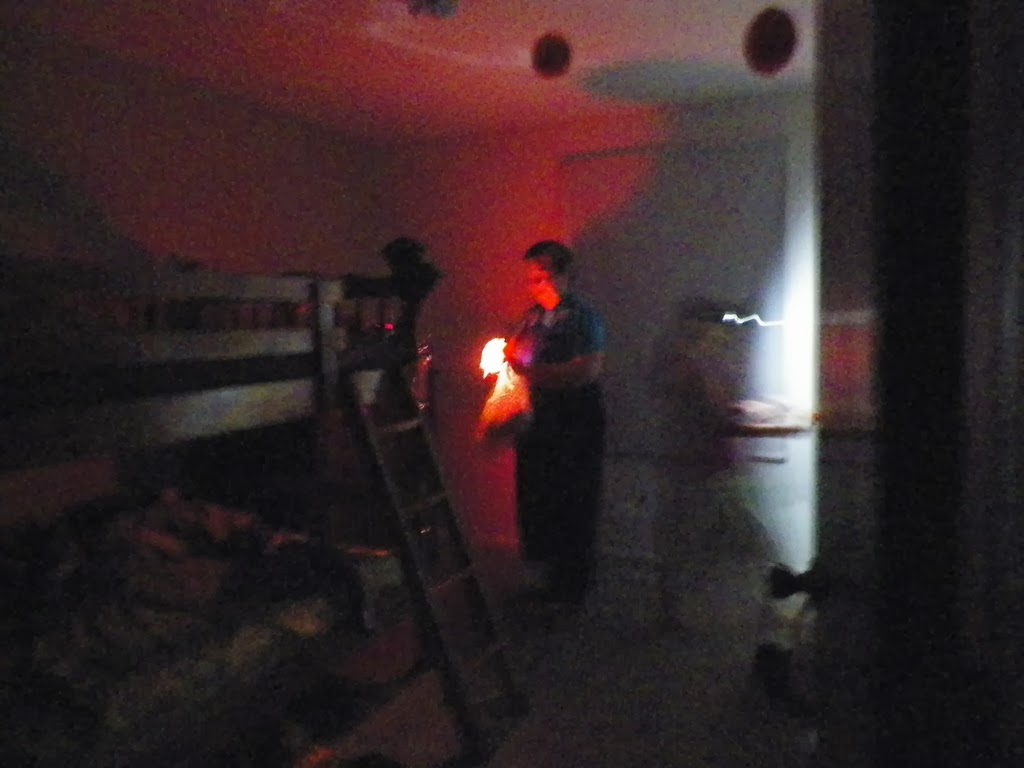 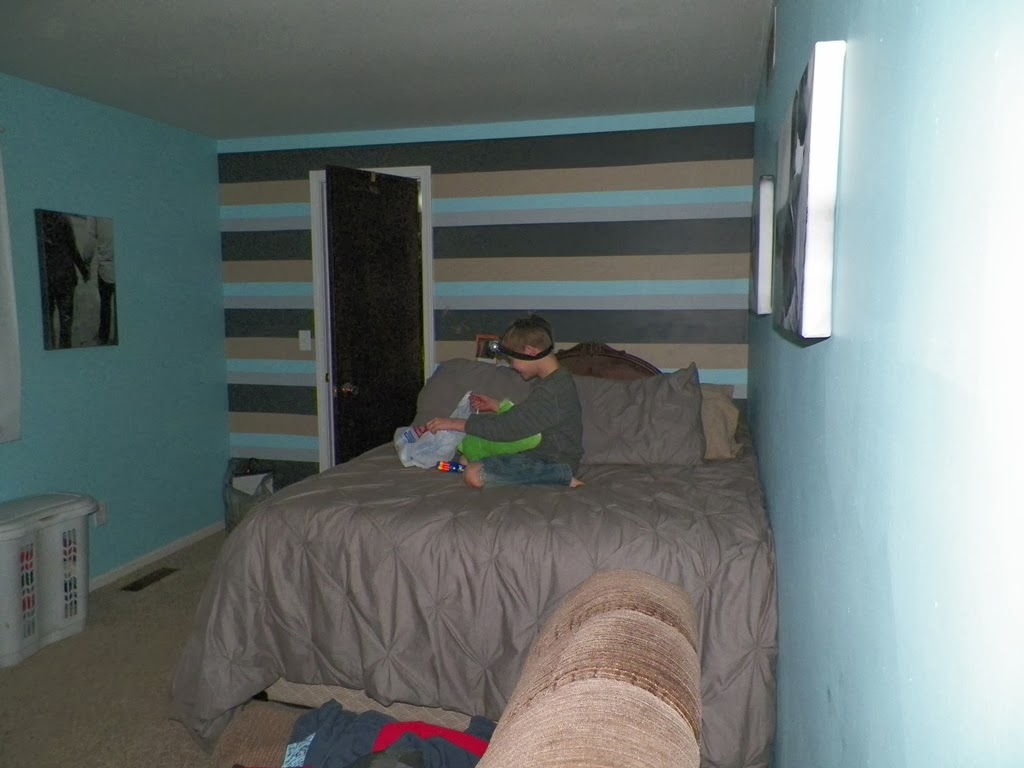 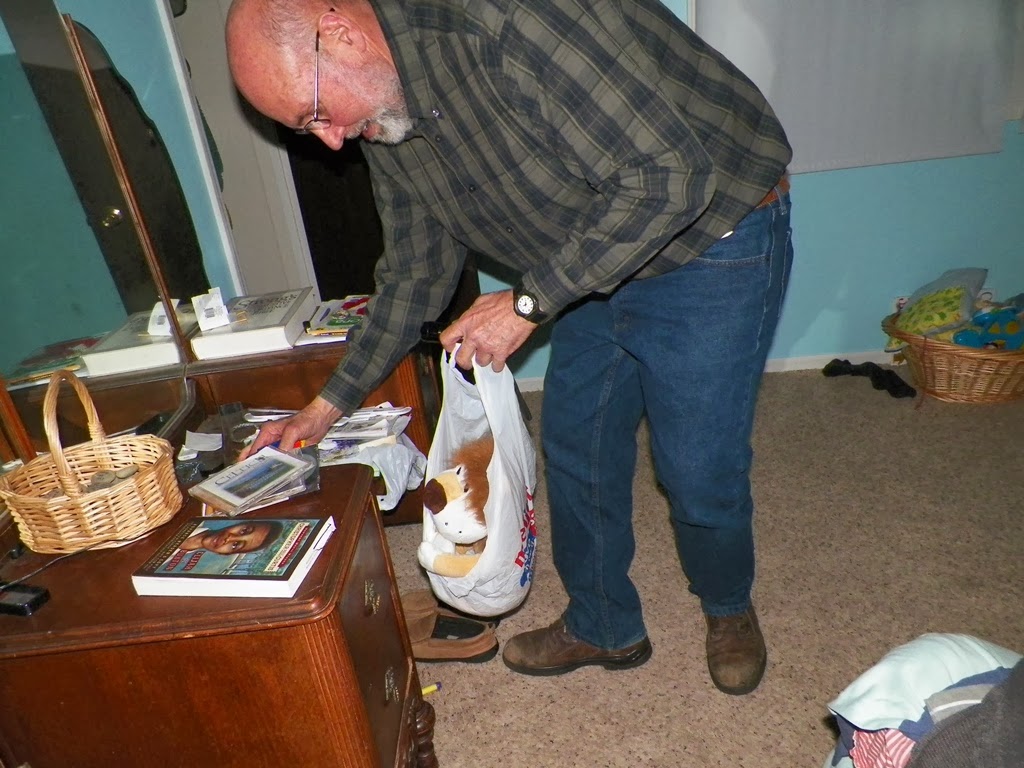 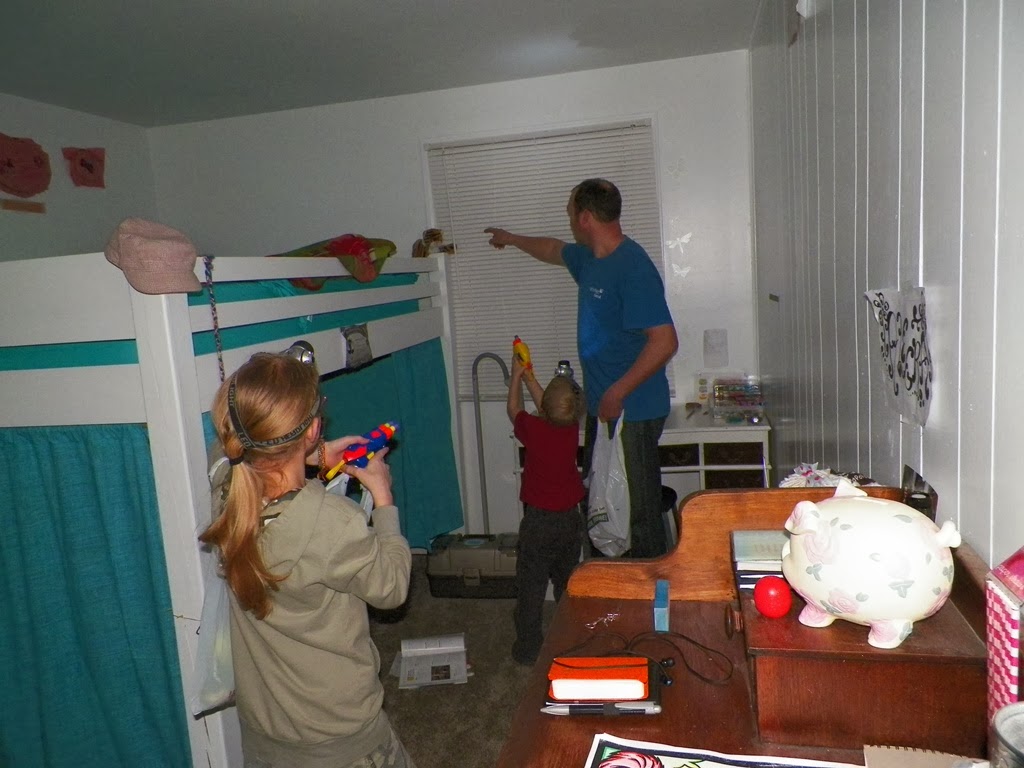 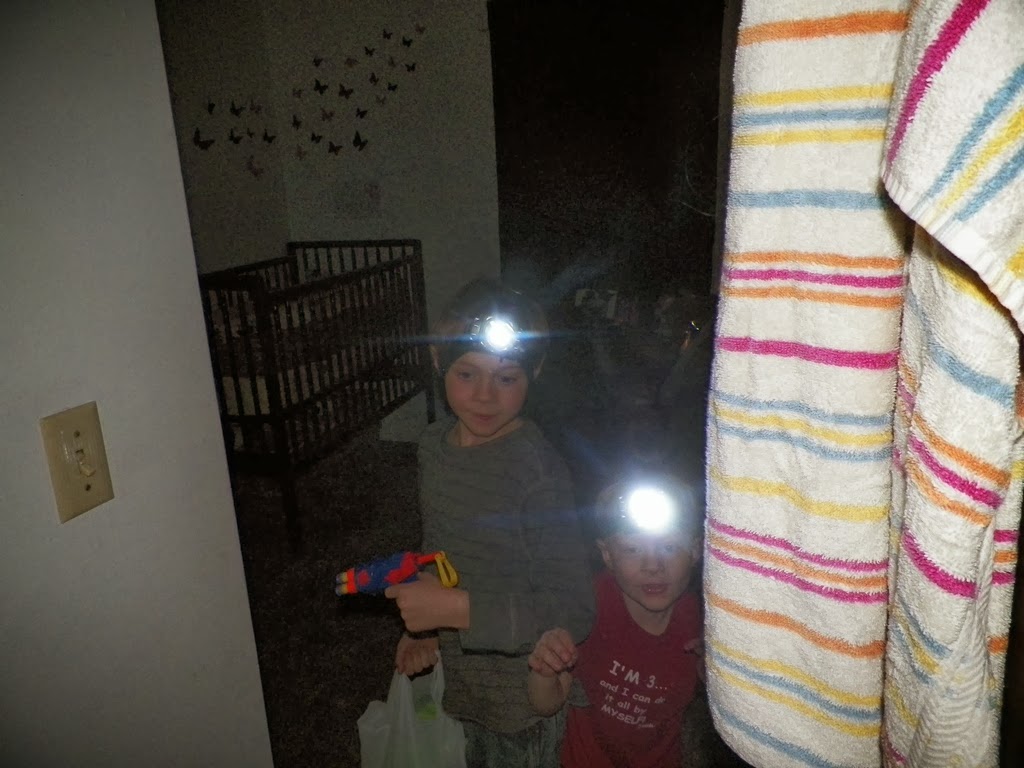 Once the rooms were cleared out, everybody came downstairs to count their animals.  The Birthday Girl and Diella's team won with 11.  But Benaiah won with biggest kill! 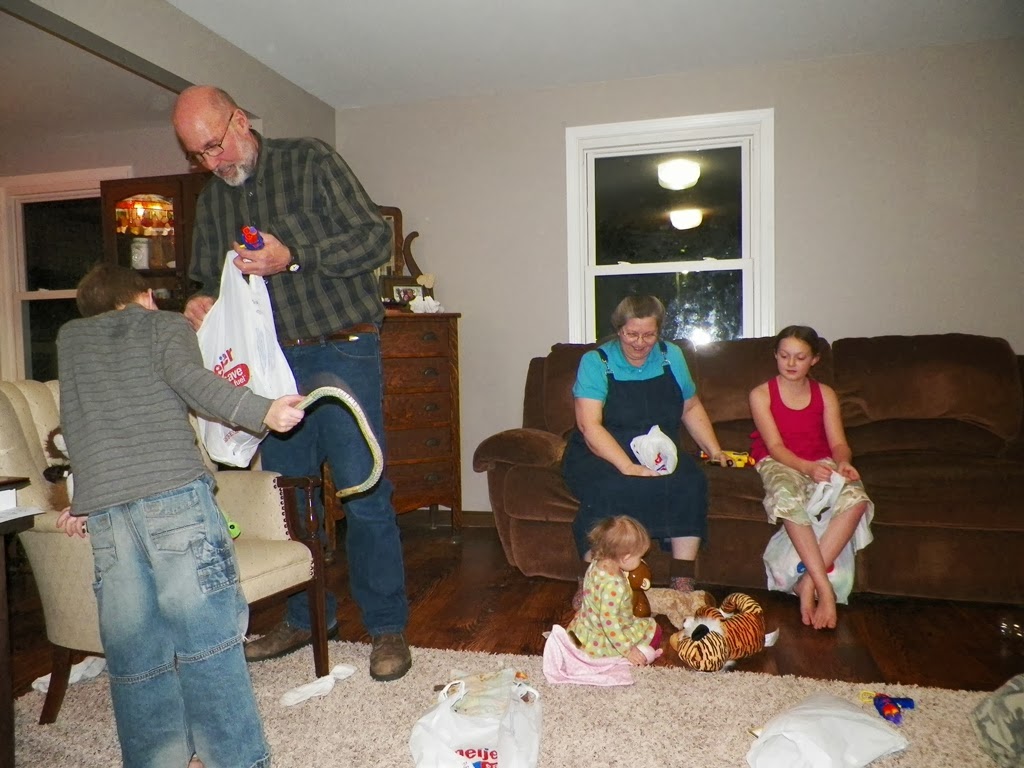 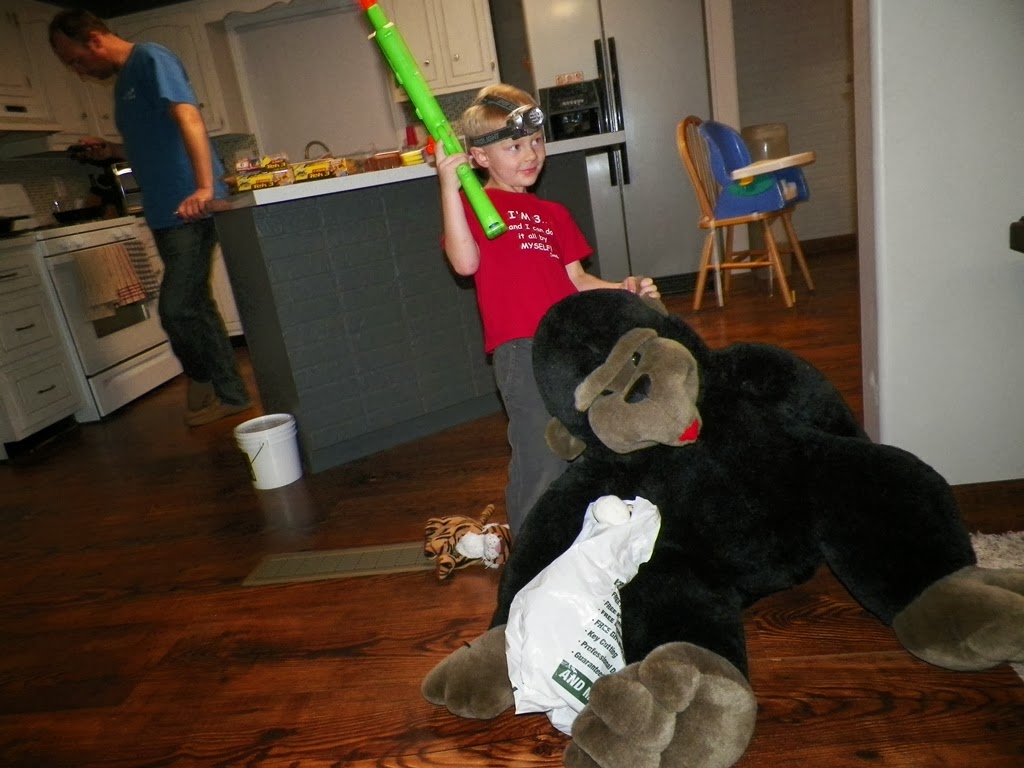 That hunt was over, then things just got crazy!  All evening Grandpa had been saying "don't point that at people, don't look down the end of your barrel" and so.  Well, I think he was the one that started it all........a ginormous nerf gun fight!  There was running, yelling, hiding, and sneaking, oh, and let's not forget lots and lots of laughter! 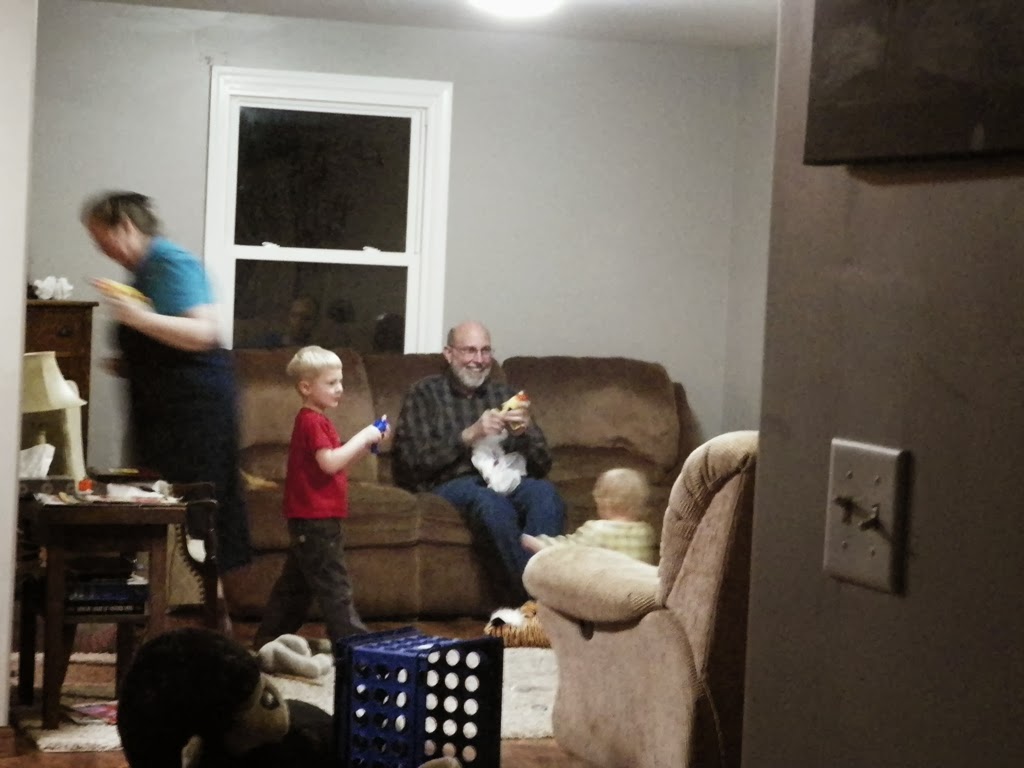 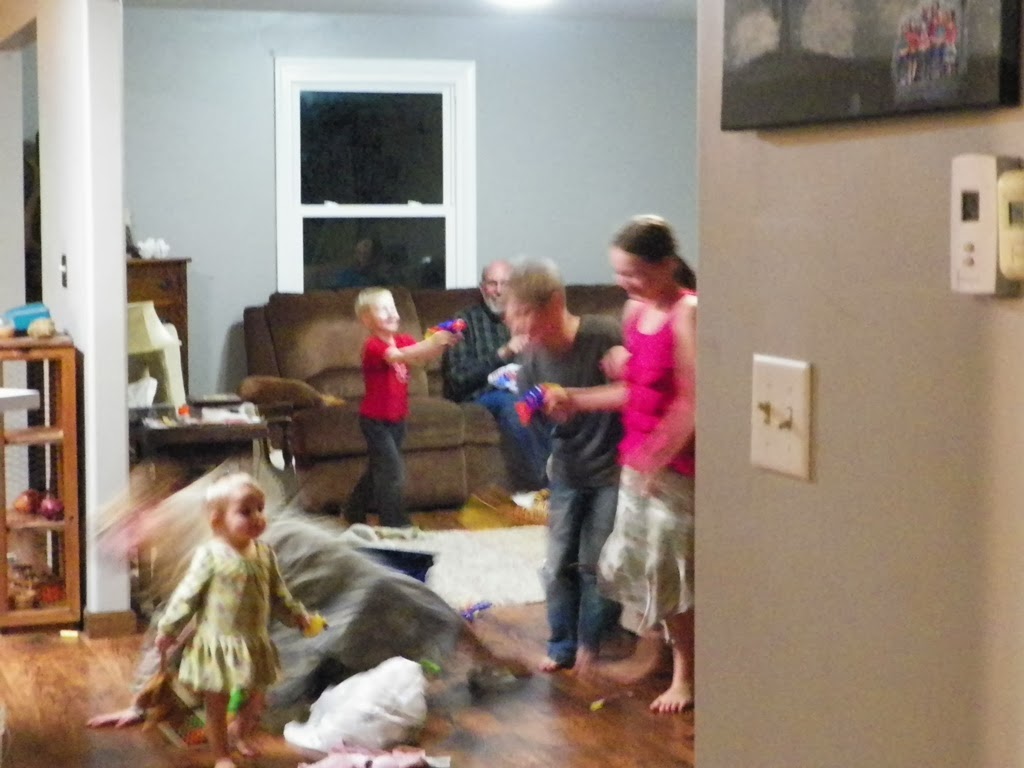 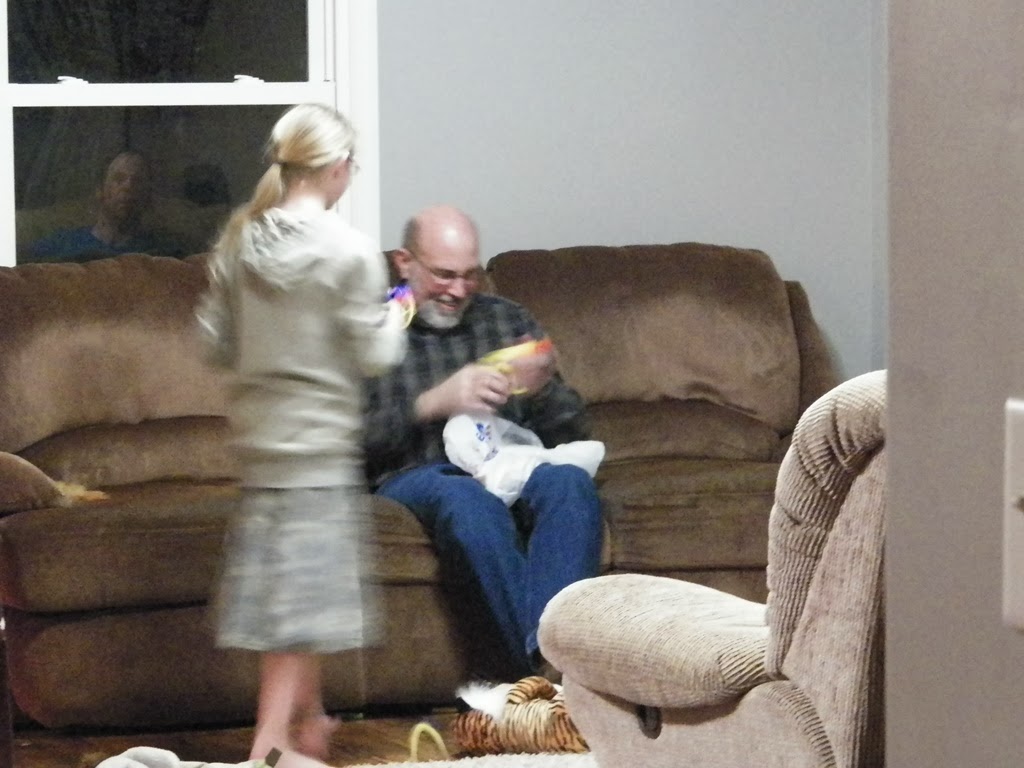 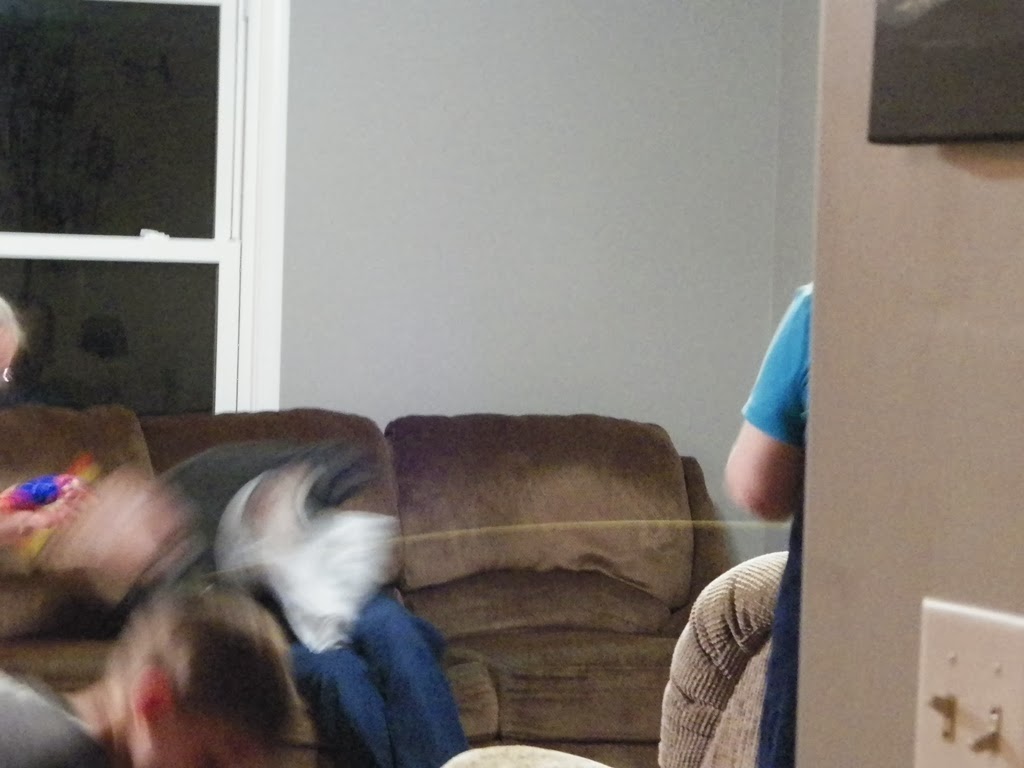 This picture is awesome how you can see the shot of the bullet.  Yep, I think it hit grandpa.  Down he went! 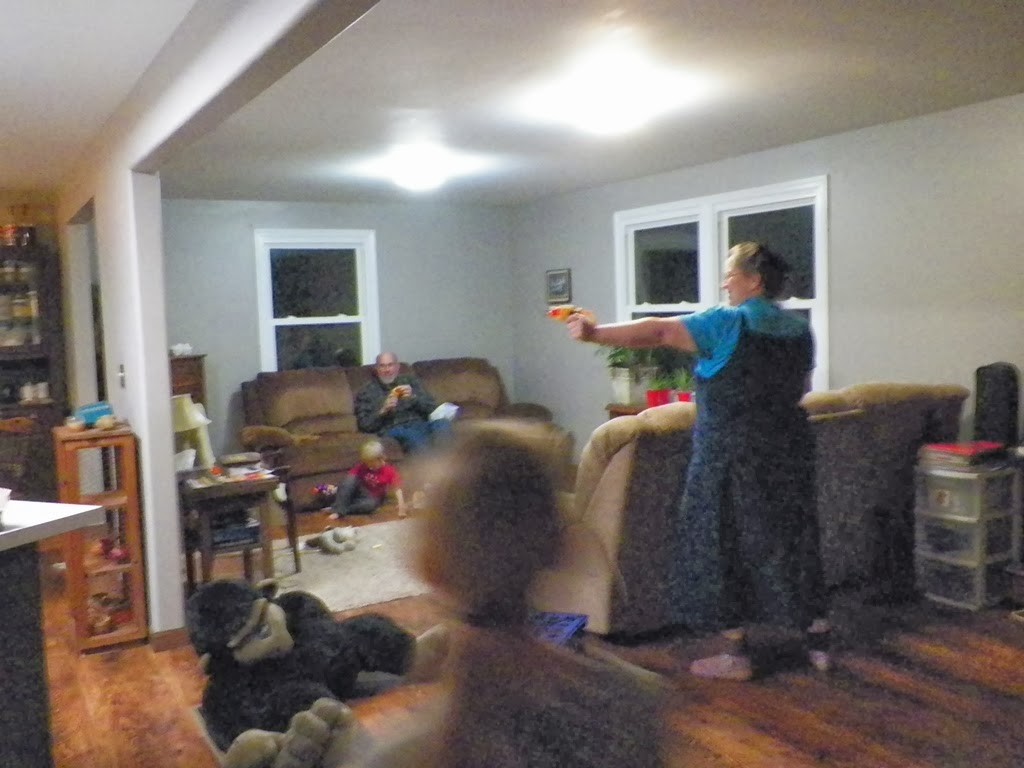 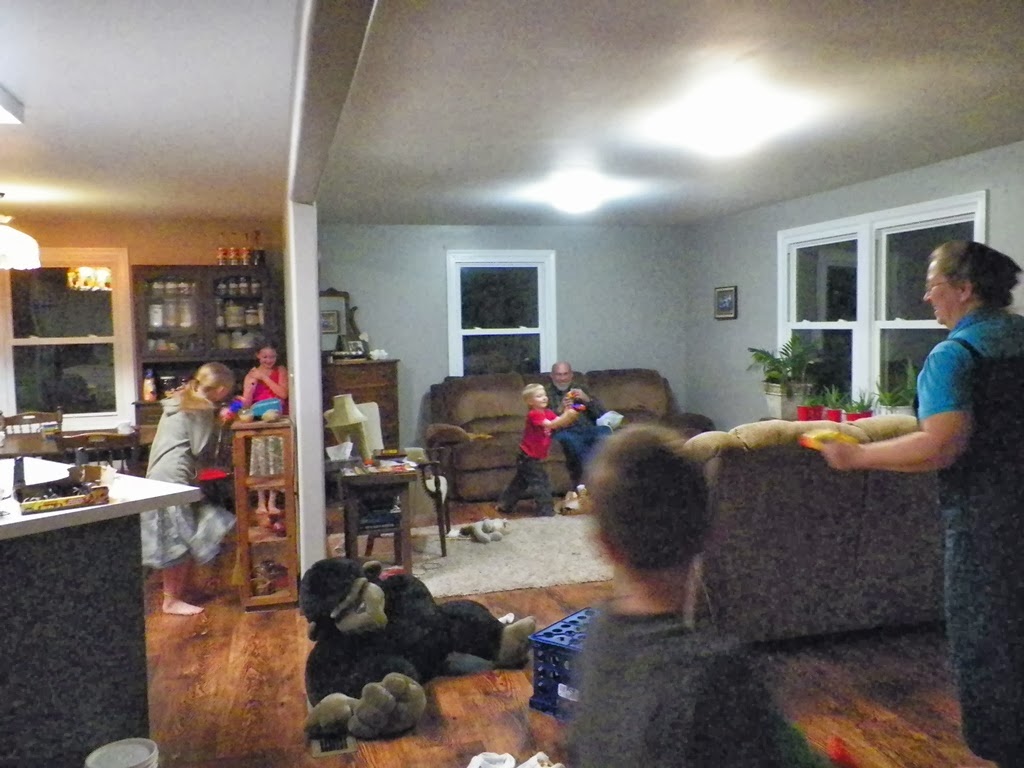 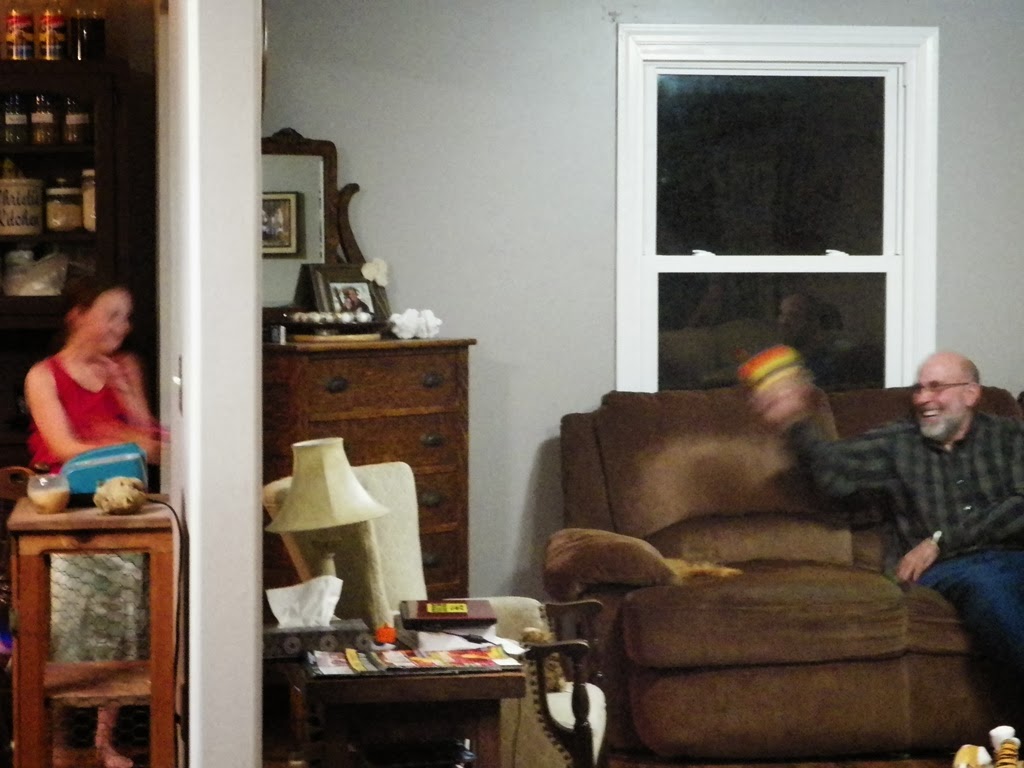 She hides, awaiting her attack. 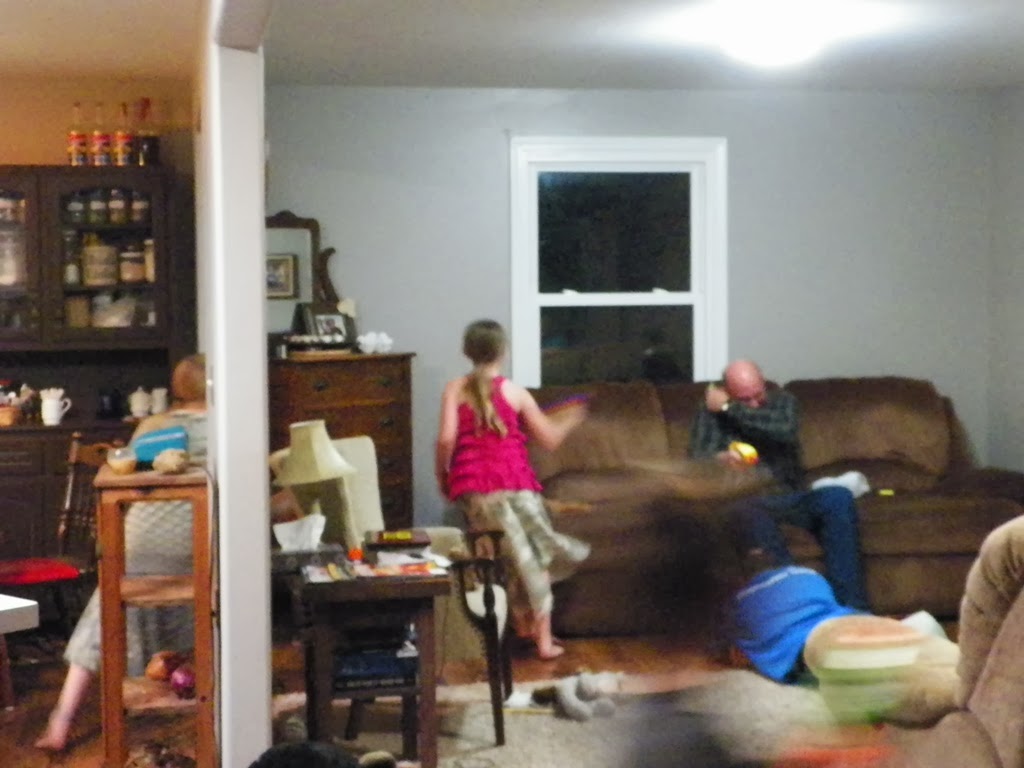 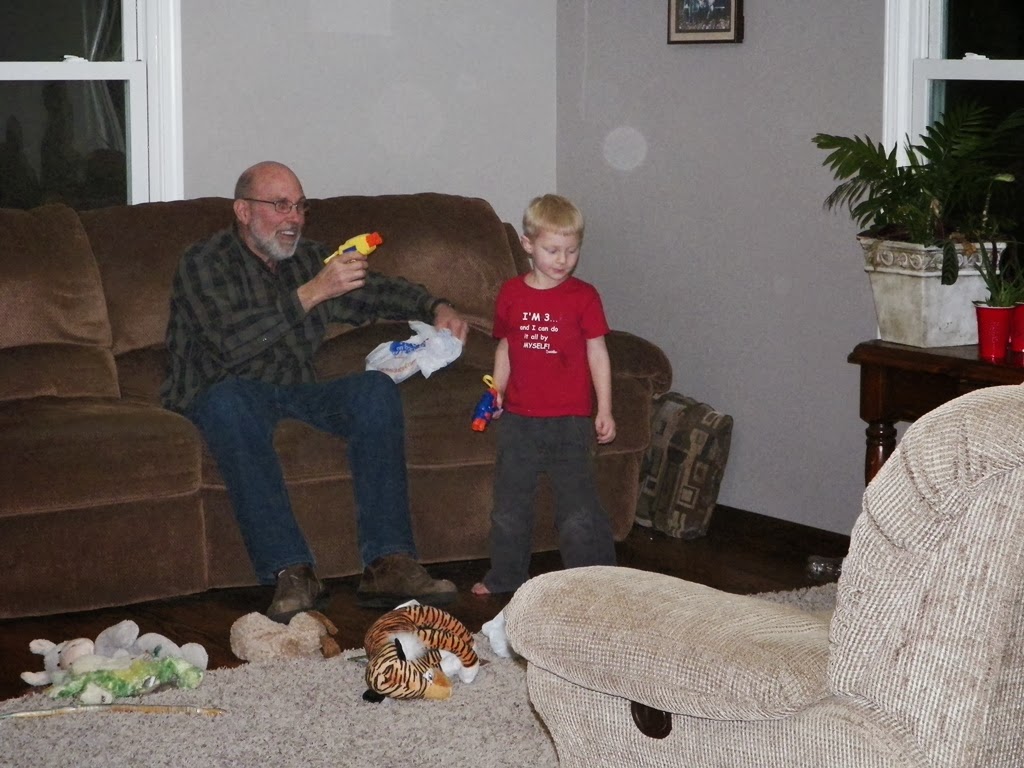 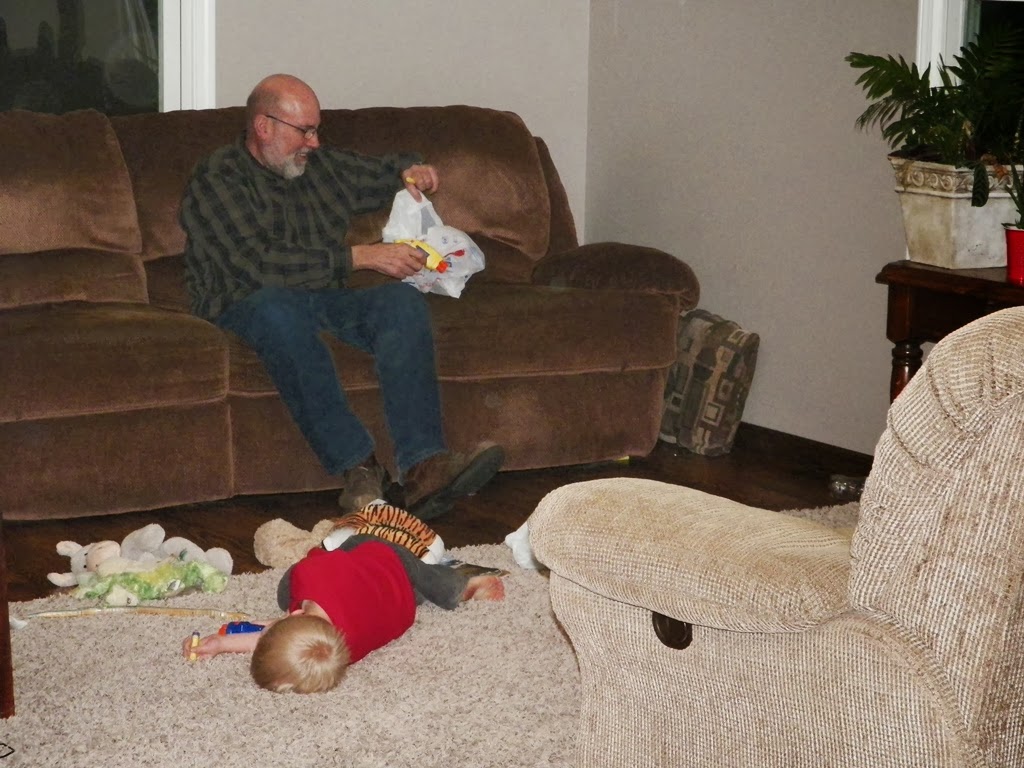 We ended up with a casualty and decided that it was time to end the fun and games.  Oh, what laughter, increased heart rate, and memories were created tonight!  I'm sure we'll be finding bullets til the children are out of the house.  When our grandchildren bring one to us asking what they are, we'll have some good stories to tell them of their parents and their great grandparents.


I hope your birthday was great, Mom!