Spring has arrived-Time to get busy!

This is a spring edition of our Family Life.  Lots of things put into one blog.  Guess we've been busy since the warm weather has decided to come hang around every now and then.

Winter was over (the calendar said it was spring), but the cold temps just weren't leaving when we decided to go ahead and purchase some more chicks for laying eggs.  We had them in the basement until, Oh my, the smell was horrible.  So, we moved them to the garage and tried to keep their boxes cleaner until, Oh my, the smell was horrible.  Time for them to go out!!!  We tried to put them in the with our other hens, but they were just too small yet and got beat up pretty bad, so out of the pen they came.  Now what are we going to do because they aren't coming back in my house.  We make a make shift pen for them and Jonathon scrounged around and found the perfect thing to turn into a mini coop for them.  They are still out there, but we found one last night roosted by the regular coop on top of the fence.  Guess we better clip their wings before they move into their new home.  Keeping track of them a little better since we had a visitor the other night.  More on him later. 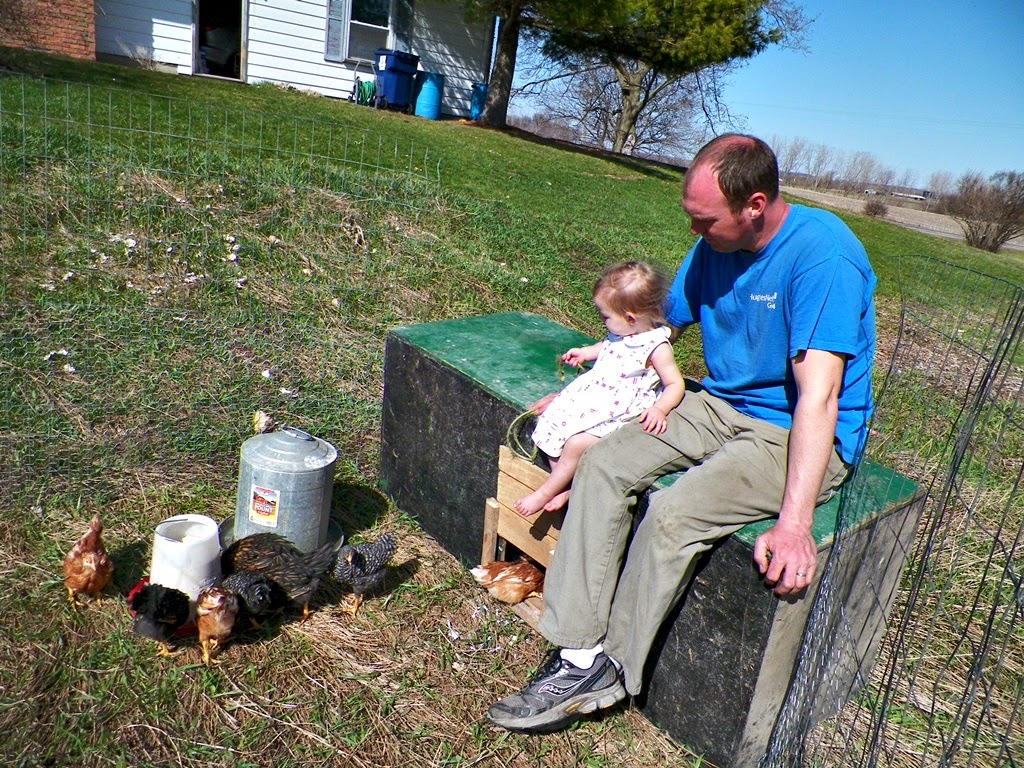 A lovely warm day enjoying the new pen for the chicks.  Saphira just loves them! 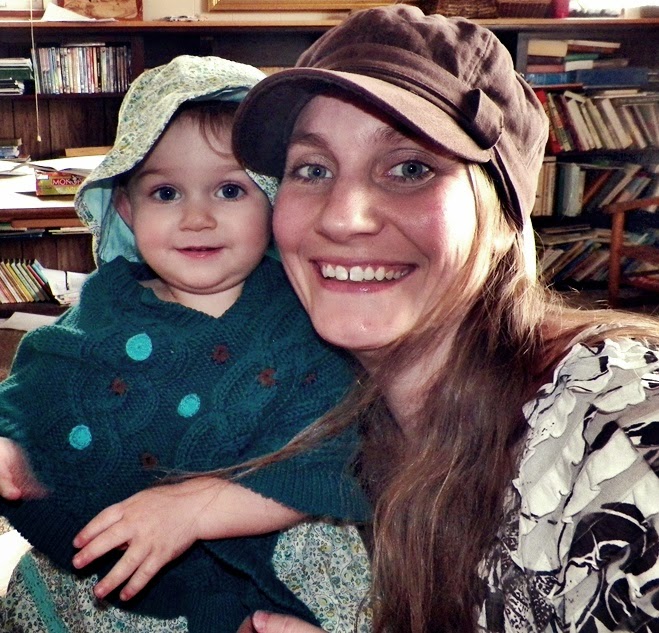 We celebrated Passover with friends and enjoyed wonderful worship and fellowship! 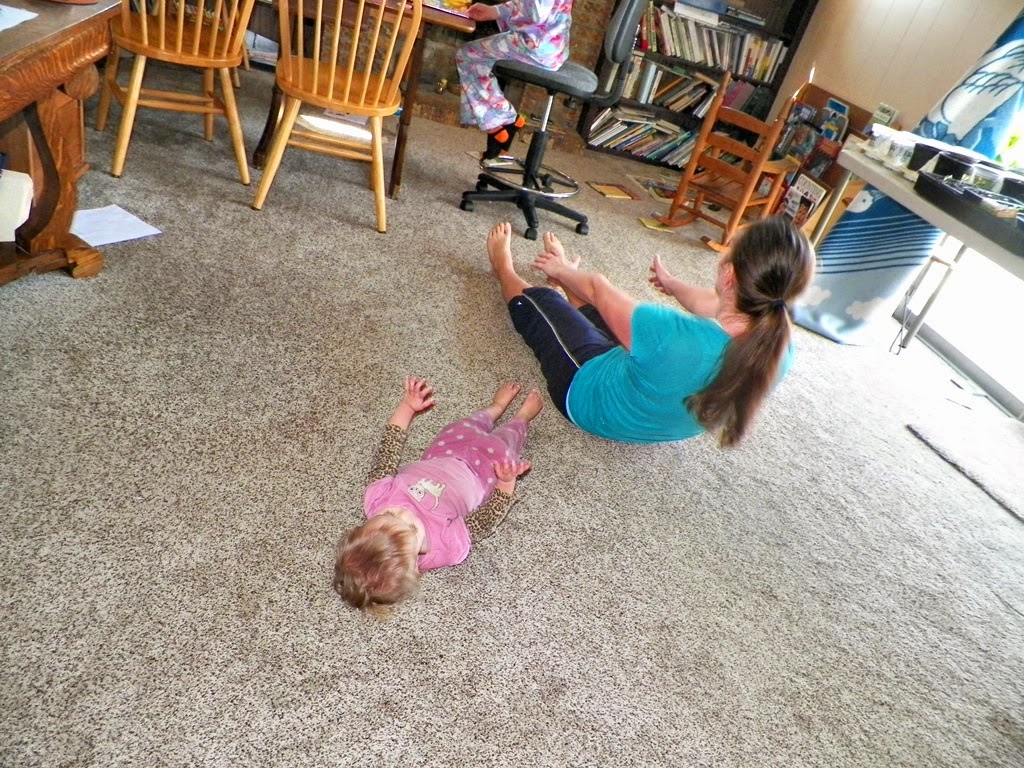 Saphira enjoys exercising with me.  She sure is cute doing it! 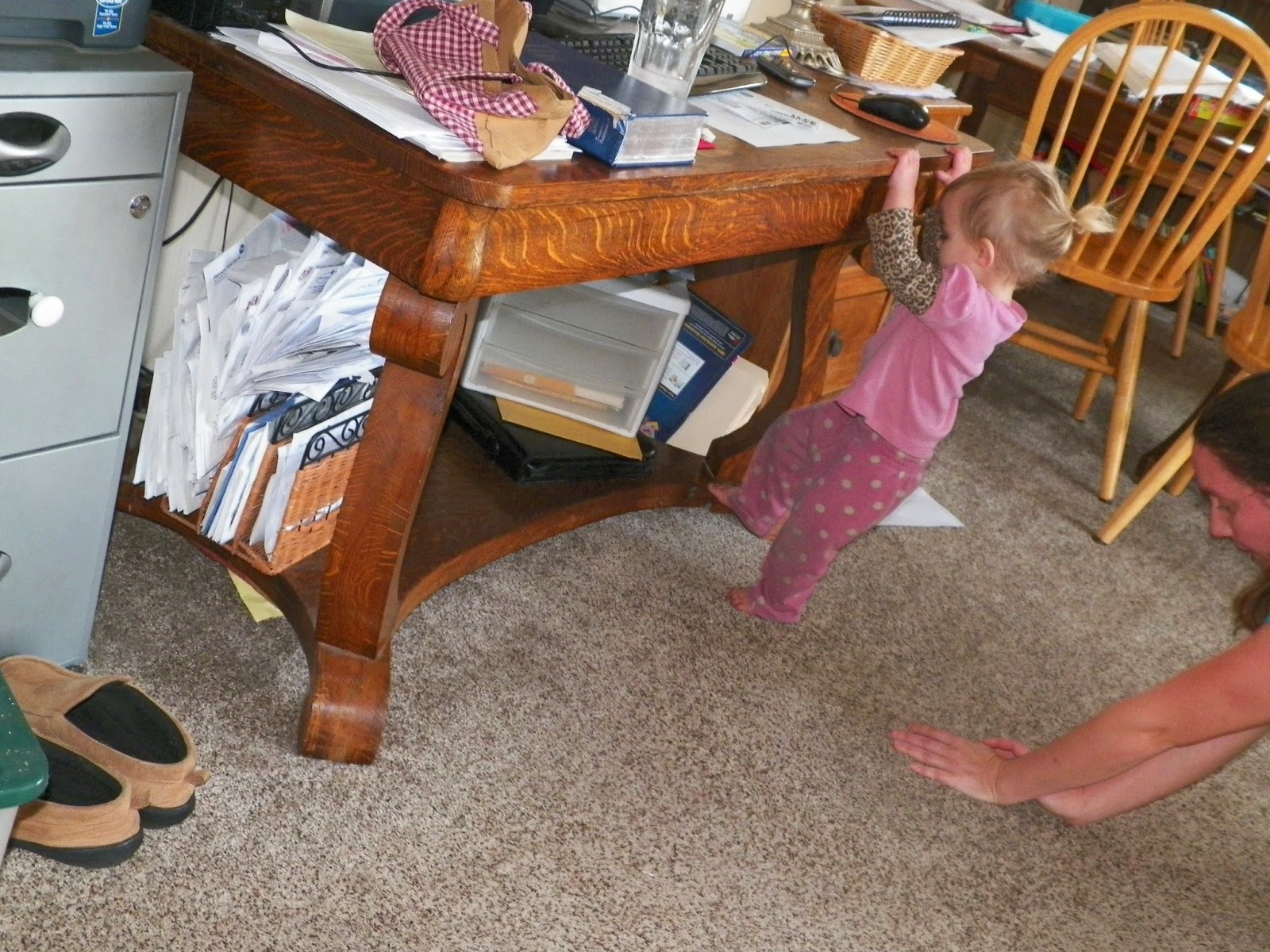 Onto our visitor we had.  The other morning Miranda, Jonathon's sister, came in the house with a rush asking where Jonathon was.  There was a raccoon outside the back door on top of the light.  Was very strange that he chose to hang out there with a dog in the back  yard and it was daylight.  So, all of the males in the house...... 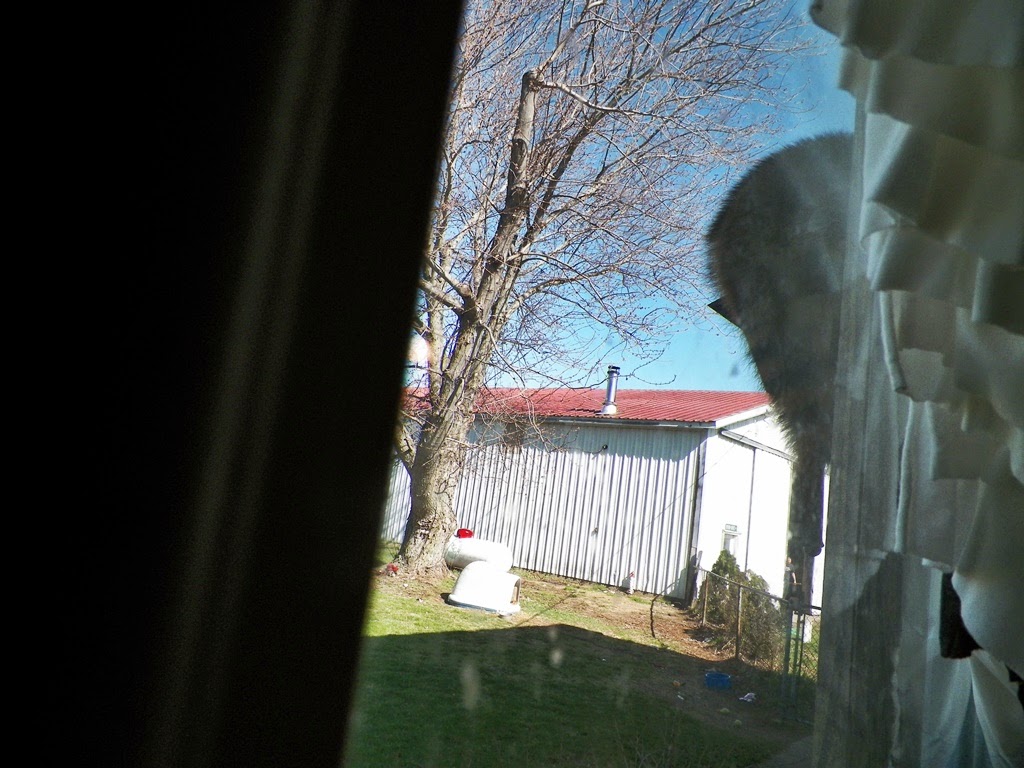 Grabbed their weapons and.... 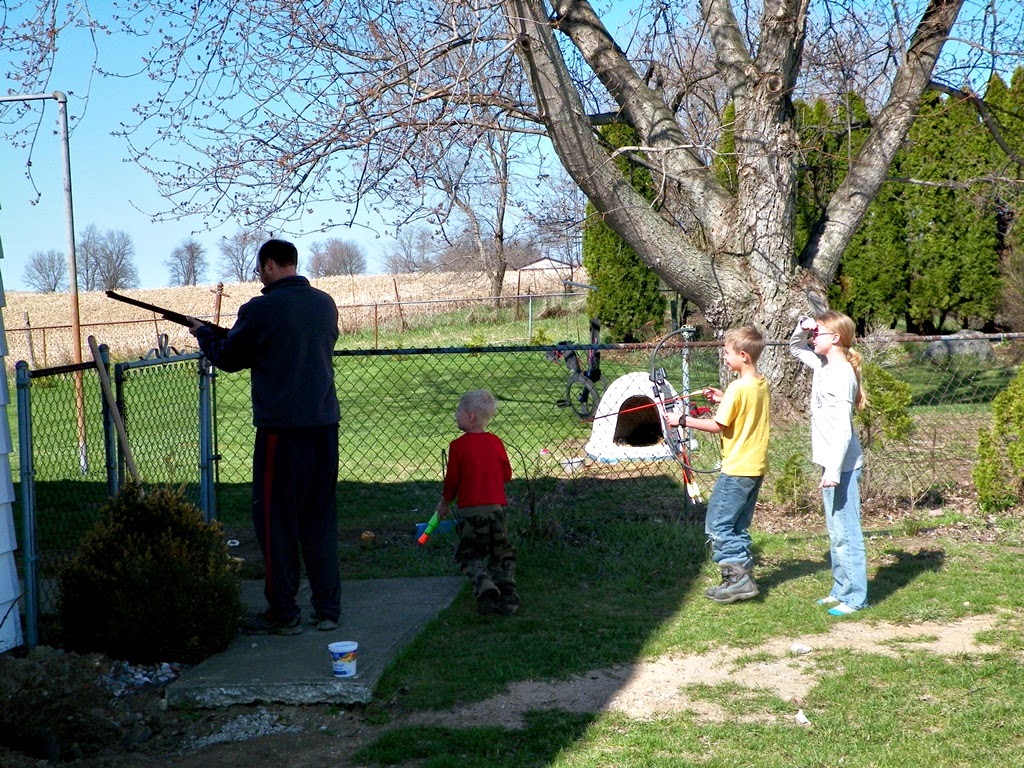 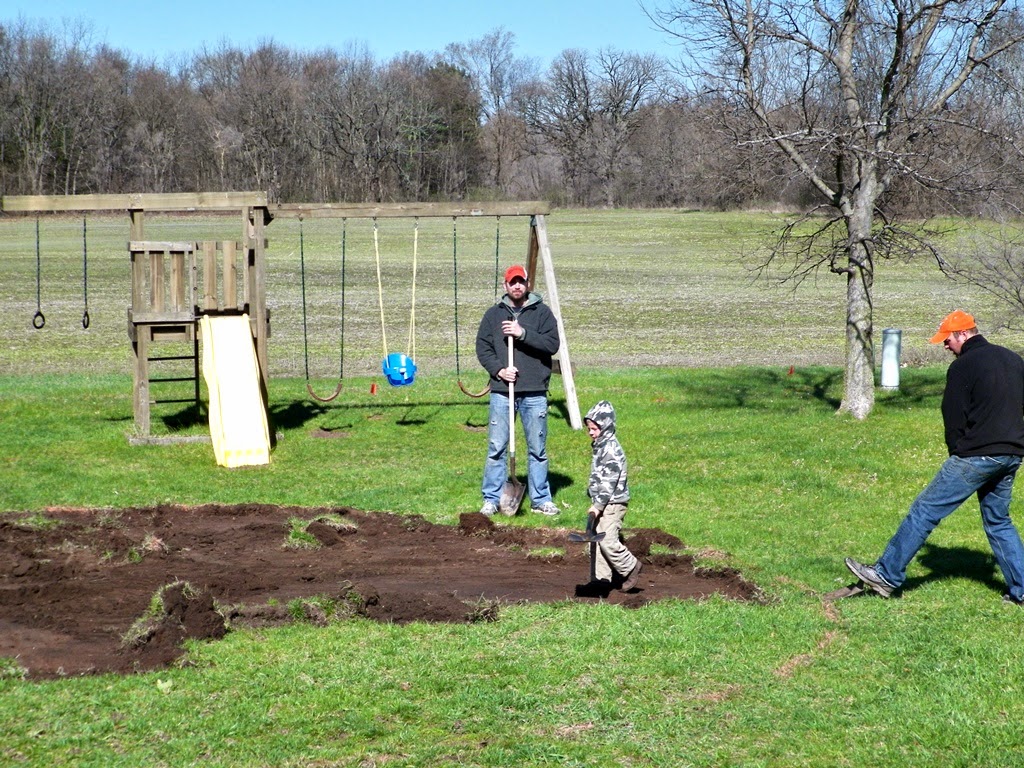 Some friends of ours made the choice to put in a pool for summer fun.  The day was picked to work on that project and we headed to their house for a sleepover so we ready the next morning to get to work.  Well, mostly the guys.  :) 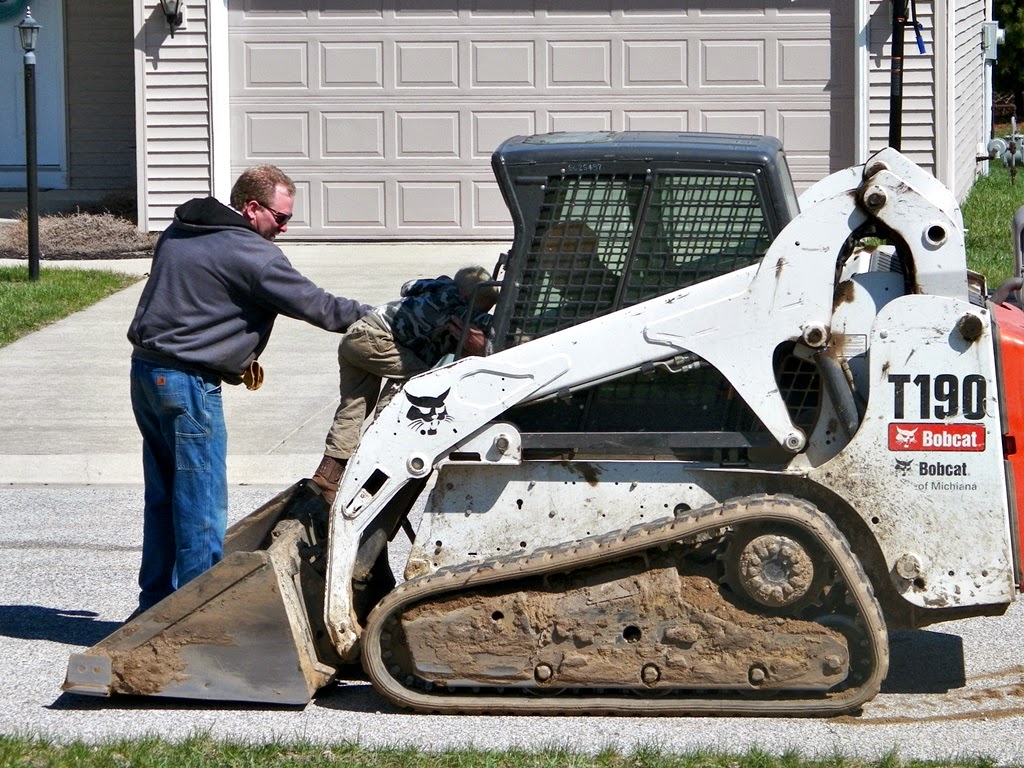 Benaiah loves to help the guys with anything.  But when their is a might machine involved, you can be sure he's there to help.  This Bobcat owner was so kind to let Benaiah take a turn riding it with Jonathon.  And it was the highlight of Benaiah's day. 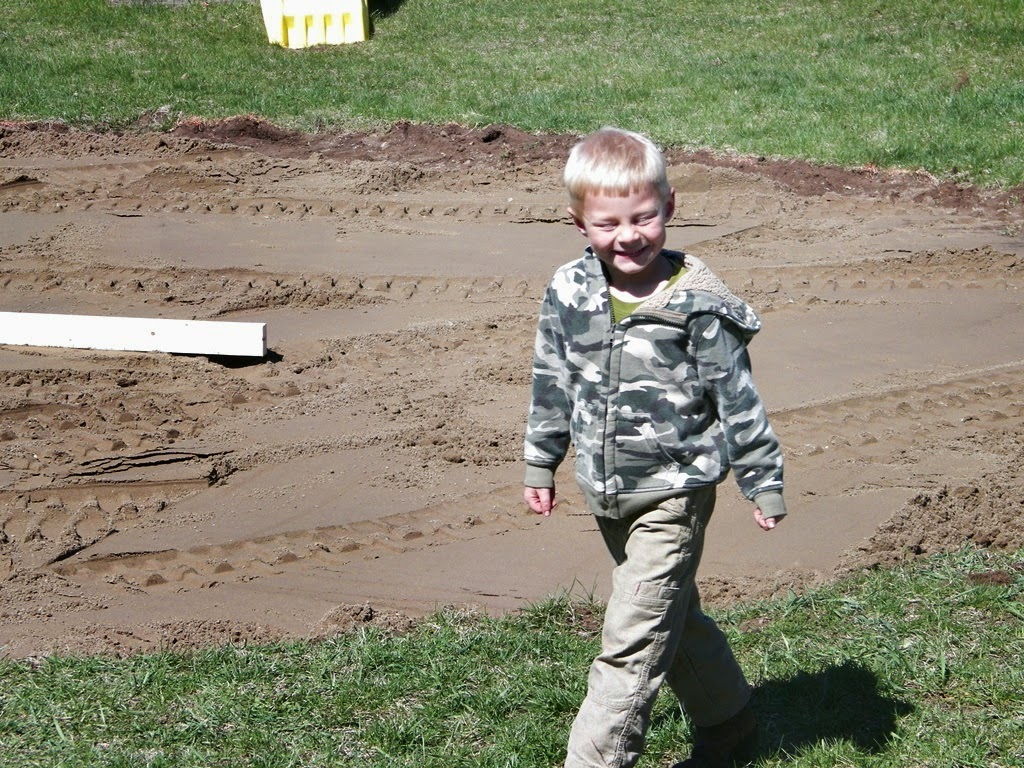 His smile says so. 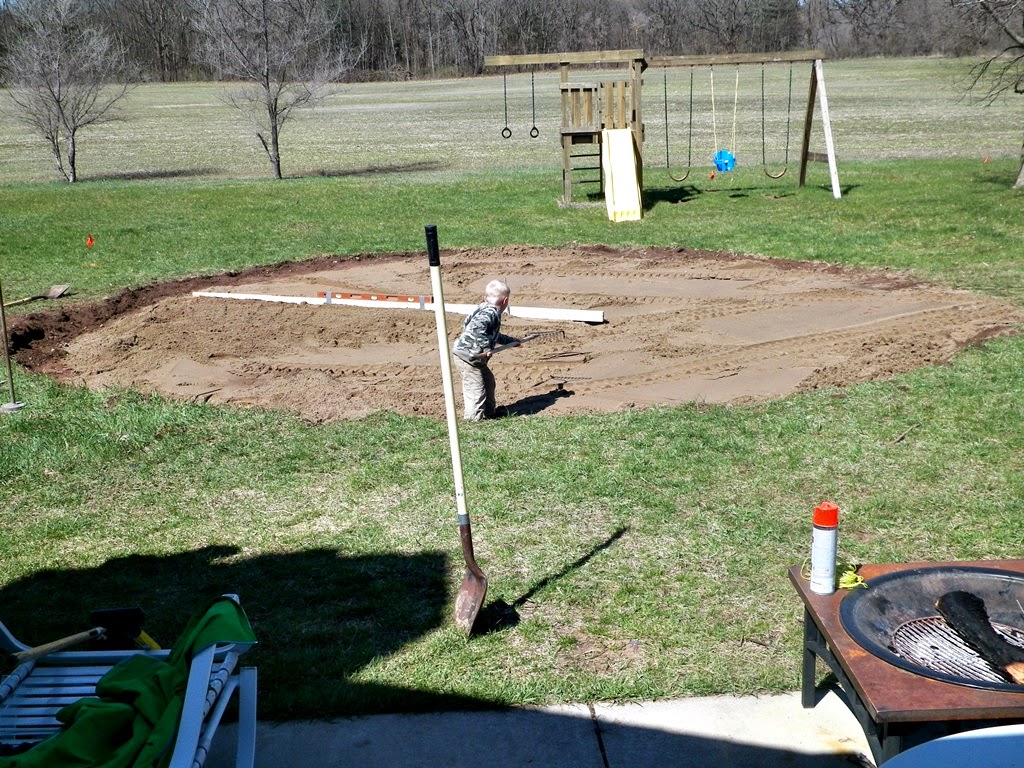 And after the ride, he grabbed a rake and started working again.  Mighty machines just put him in the mood to work hard.  :)

While the guys were working, I had planned on taking the children to a park to take pictures for their invitation for their school program that's coming up.  So, we headed to one of the local parks and grabbed some fun memories and photos. 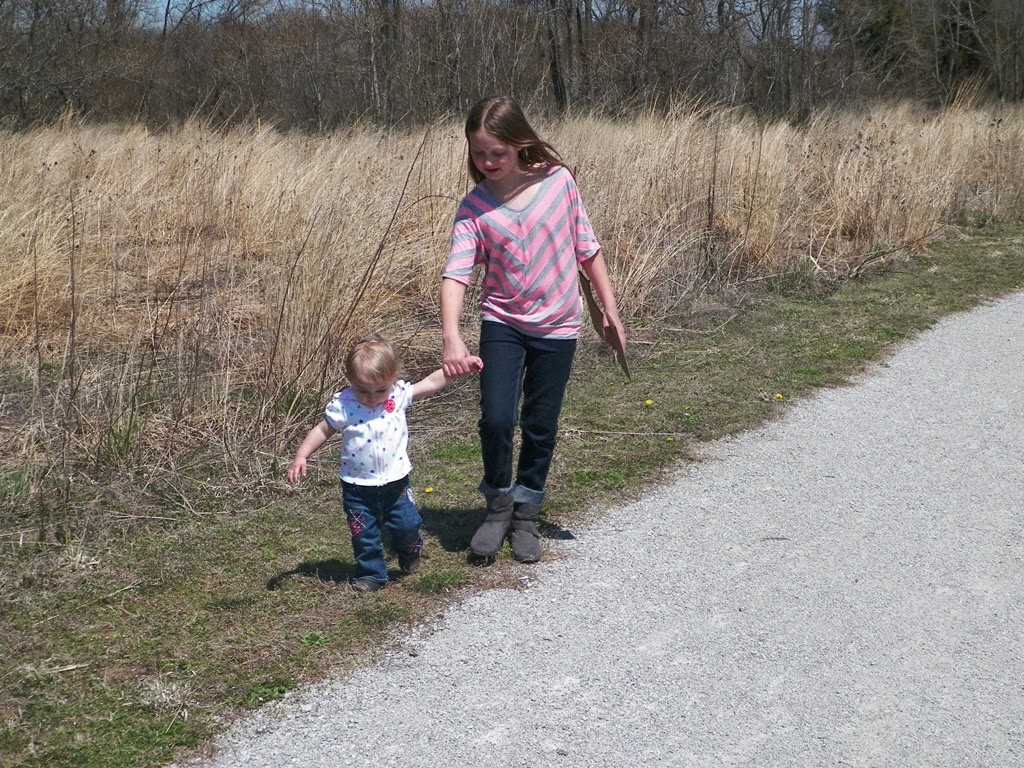 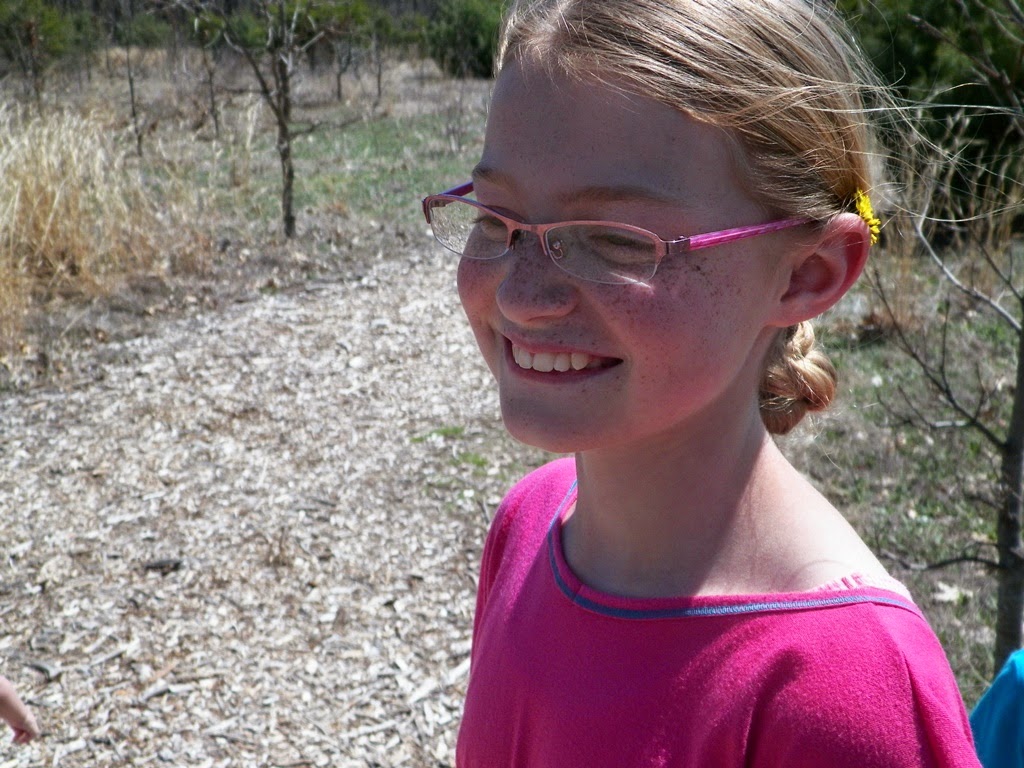 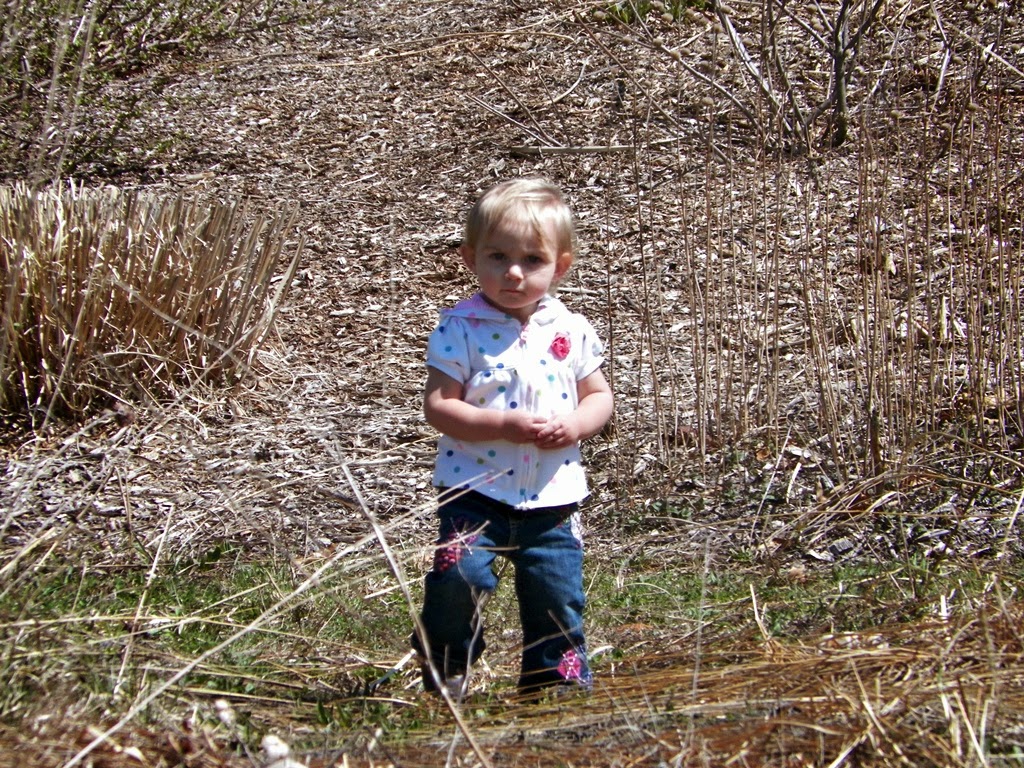 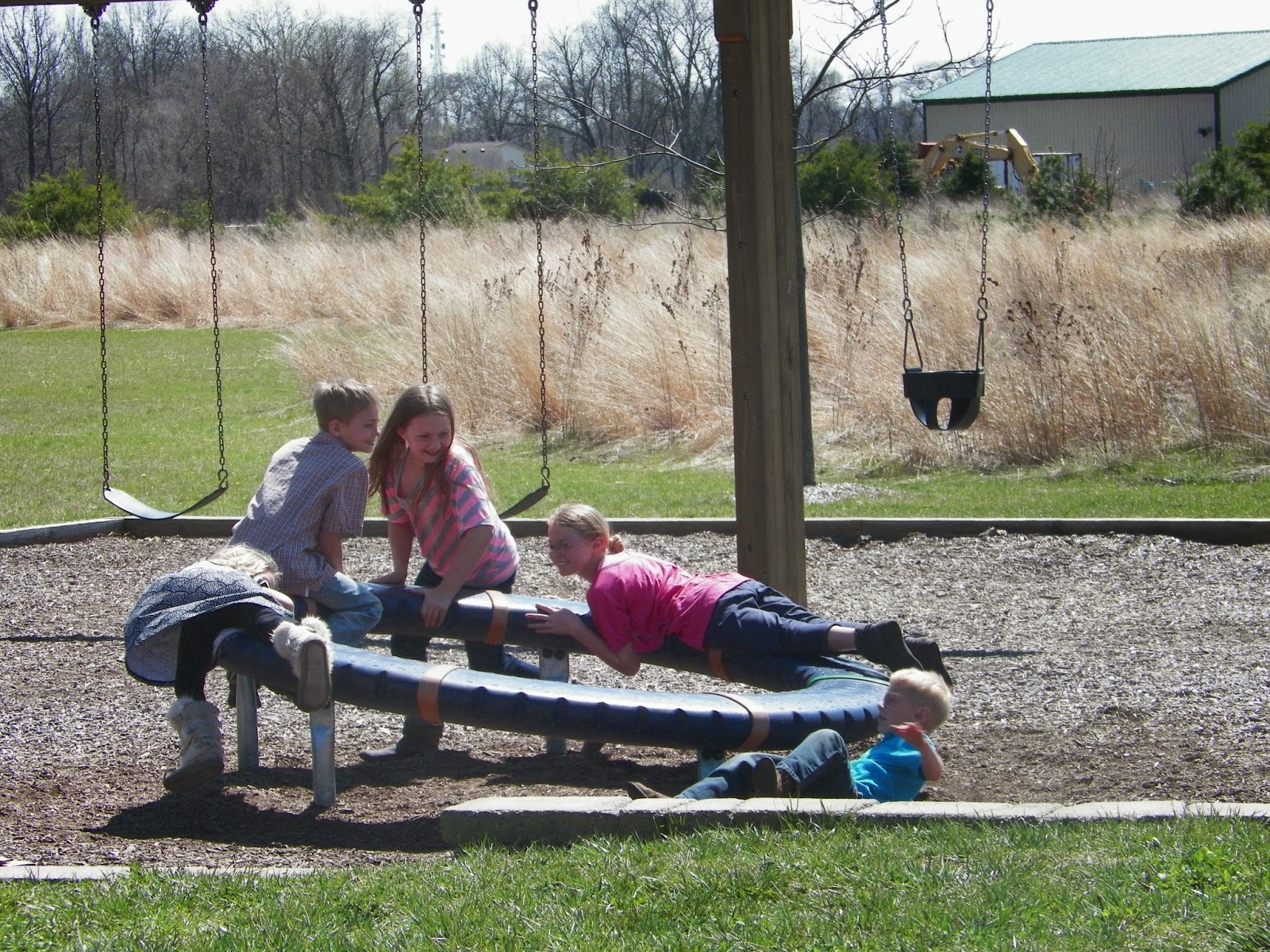 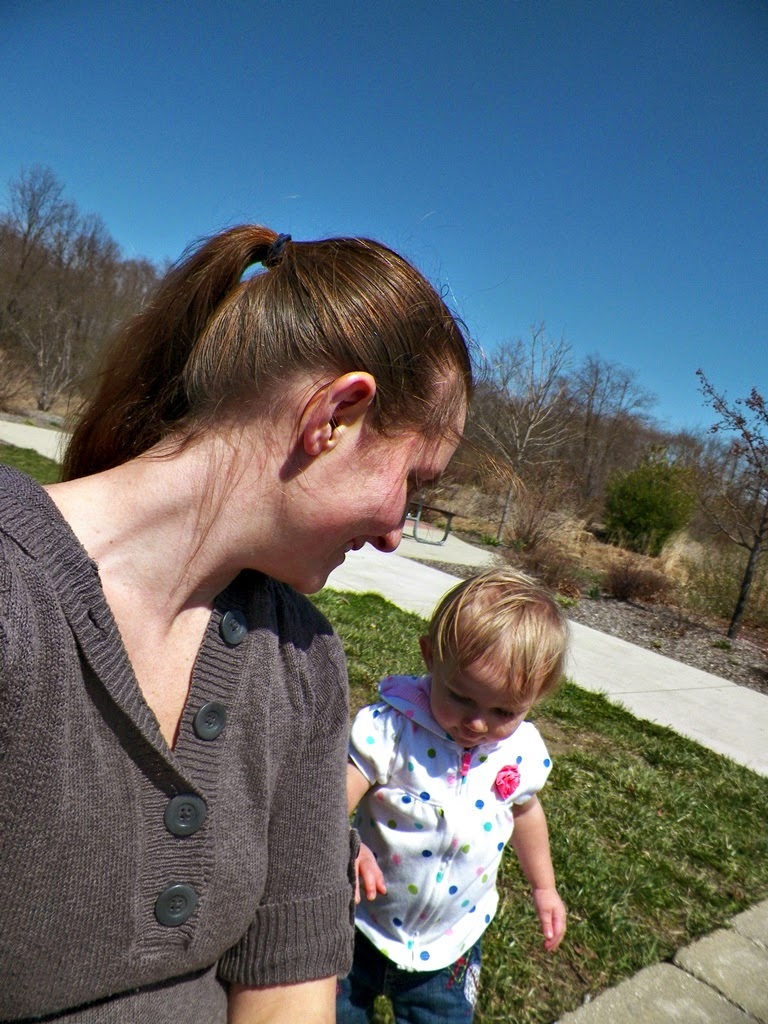 This spring has brought super wet ground, especially where we have been wanting to plant blueberry bushes.  One of our dreams is to have a field where people can come pick blueberries.  We'd like them to be organic and enough to be a little business for the children during the summers.  Maybe some day it can be a bigger business that our children and their families can continue running.  Long term goals, but they are fun to think about.  So, as we began planting our 300 blueberry bushes this year, we began to see our dream starting to take shape one bush at a time.  We started the planting off with the children finding a frog.  Well, there goes that help.  No, not really, but it did distract them some.  It was a good distraction though.  Nothing says boy like seeing them chase it across the wet field catch it by it's legs, and then hold it up with the biggest smiles on their faces as they think about how they are going to scare their sisters with it in the coming days.  Boys. 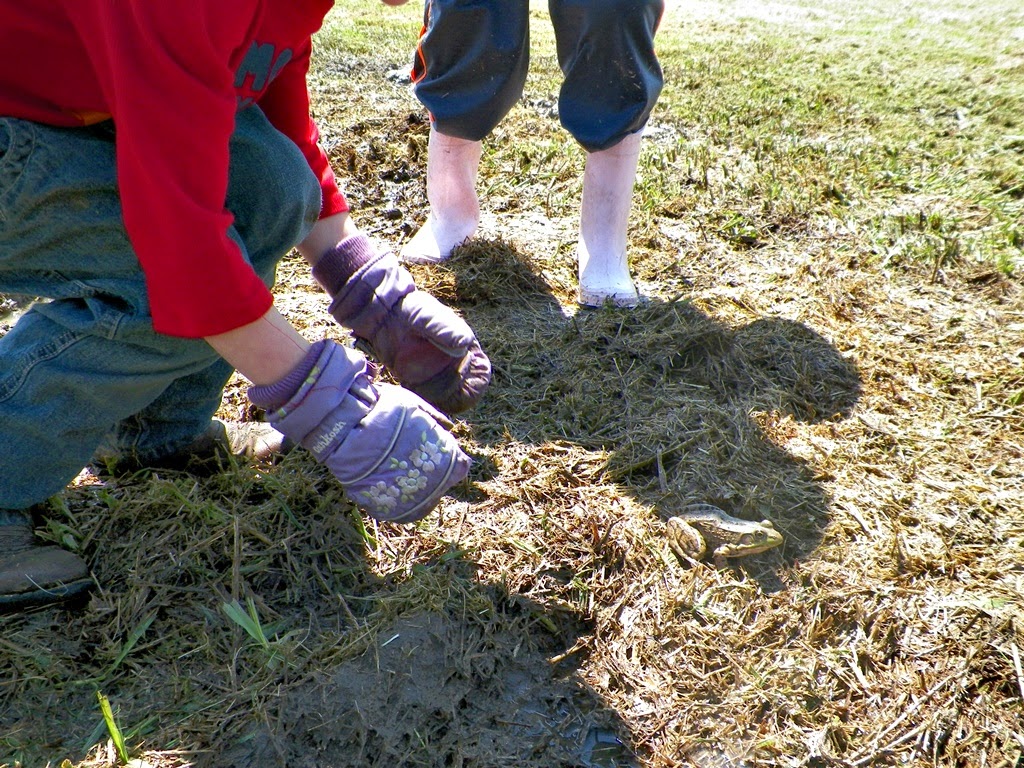 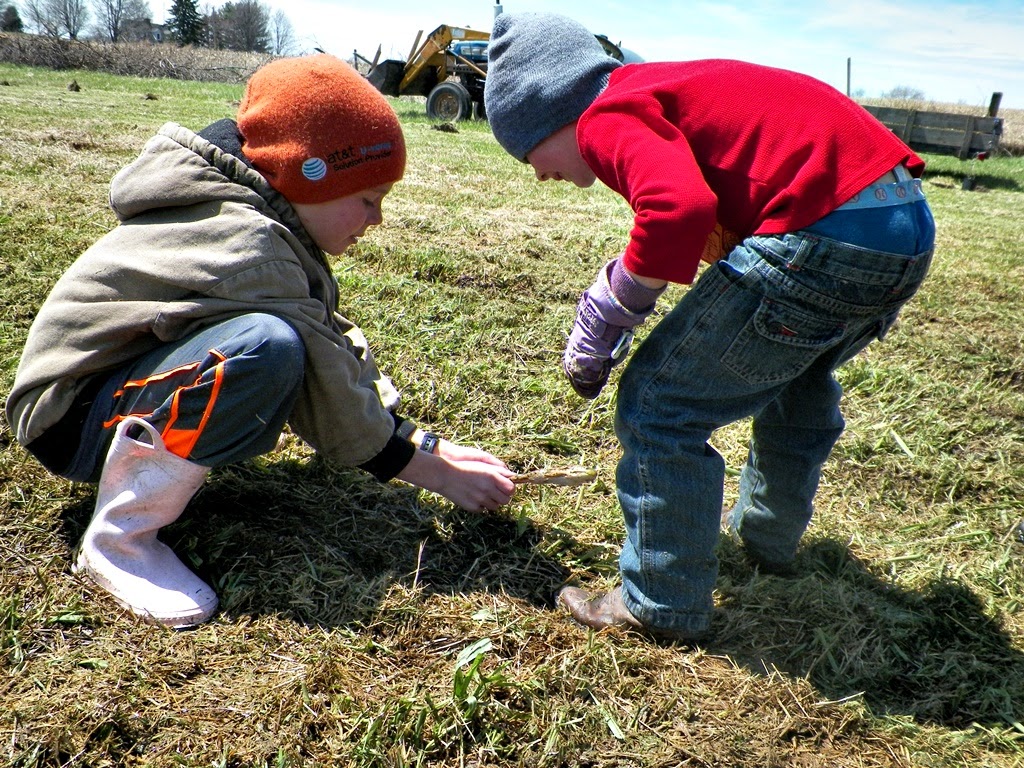 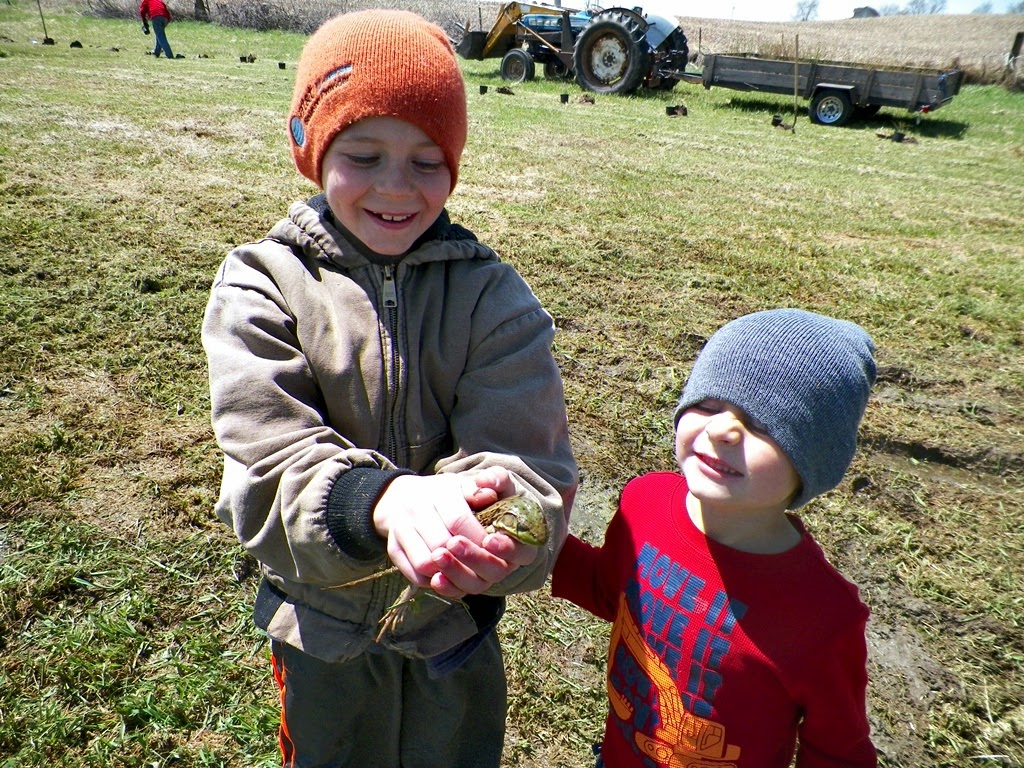 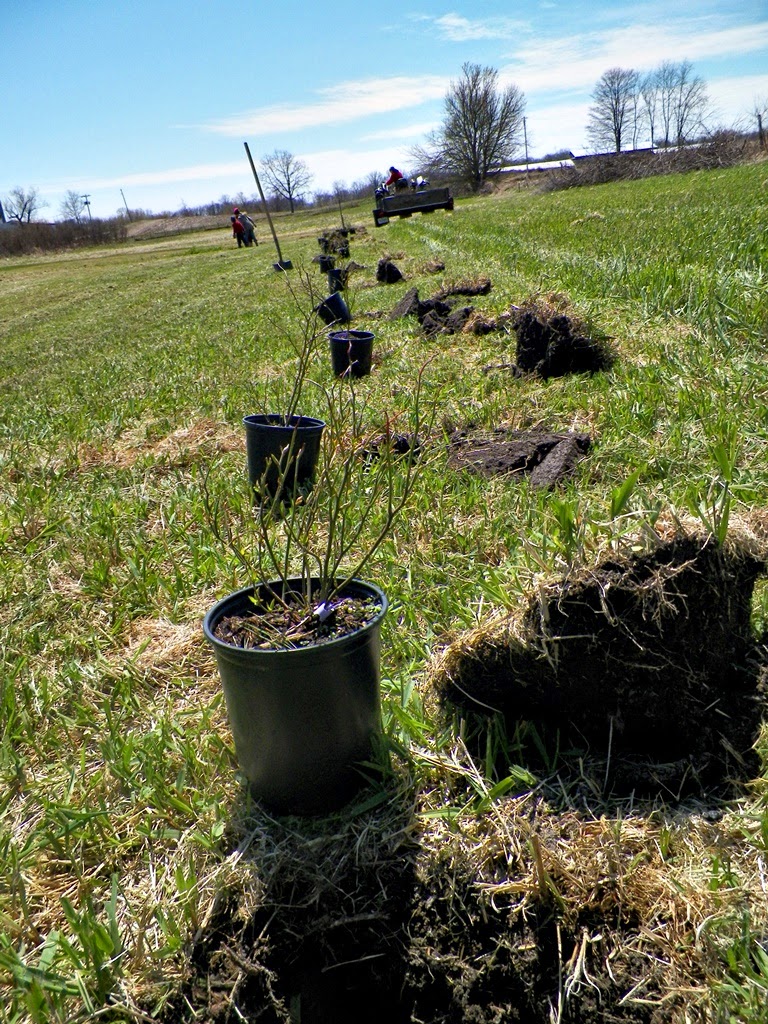 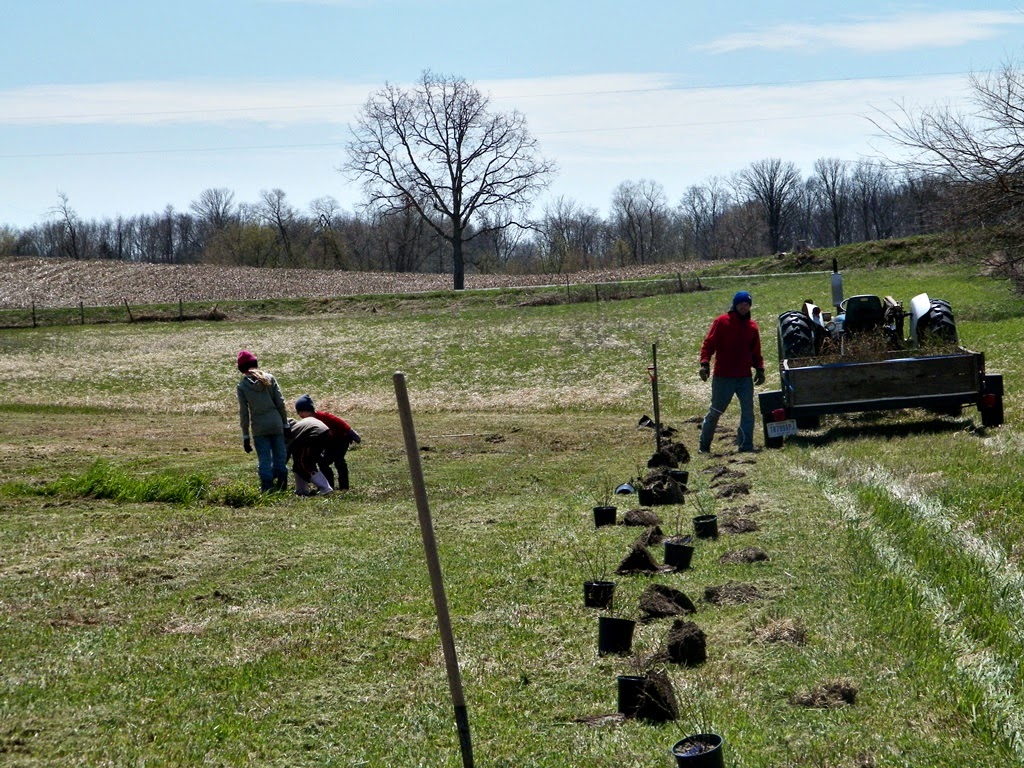 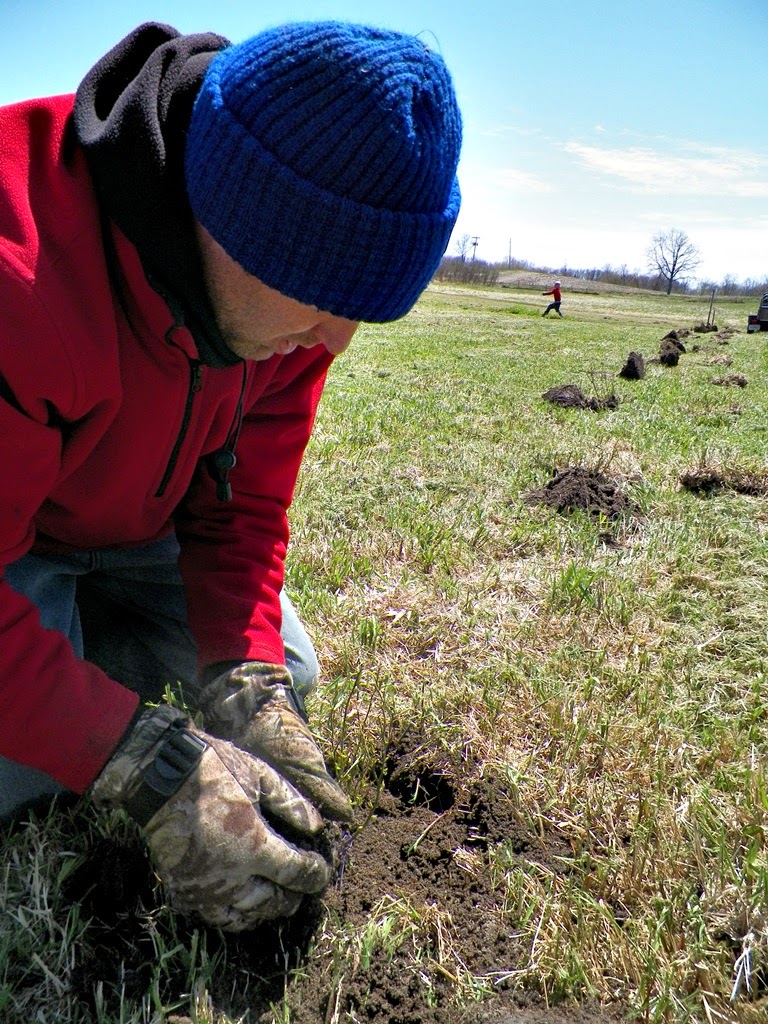 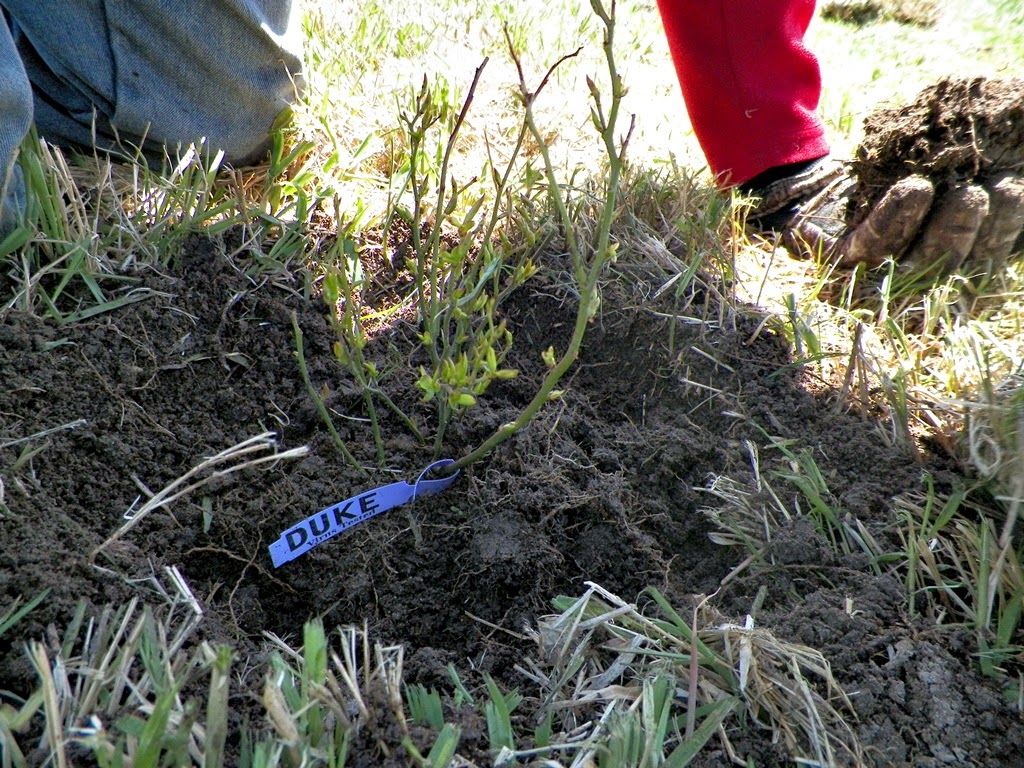 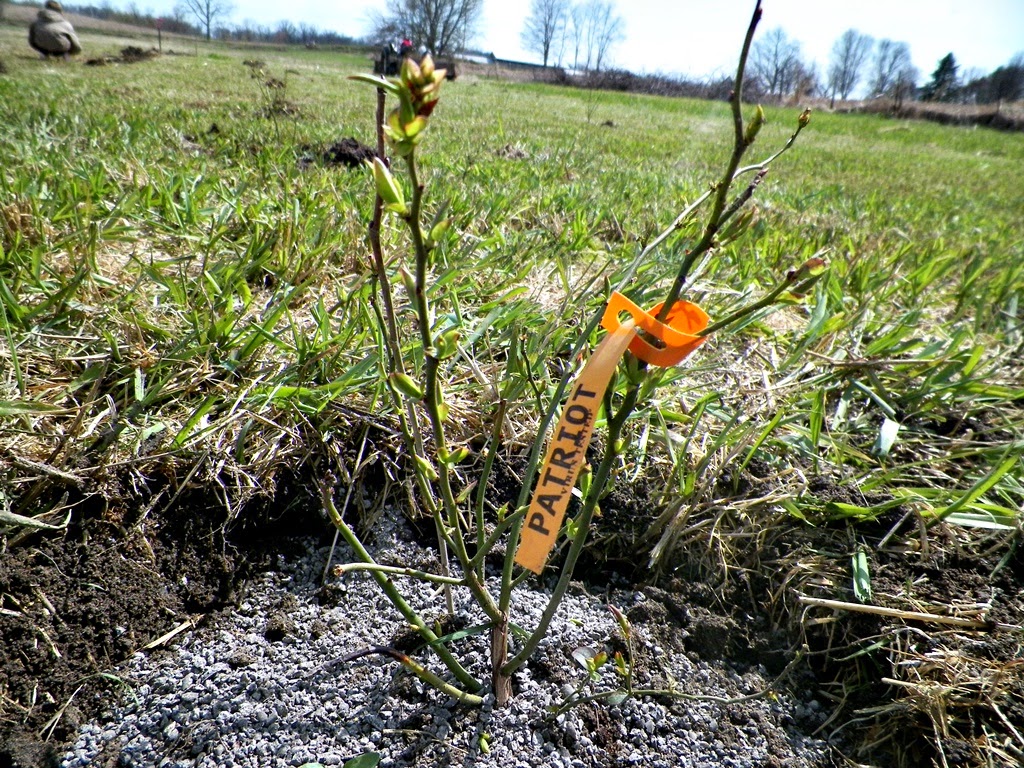 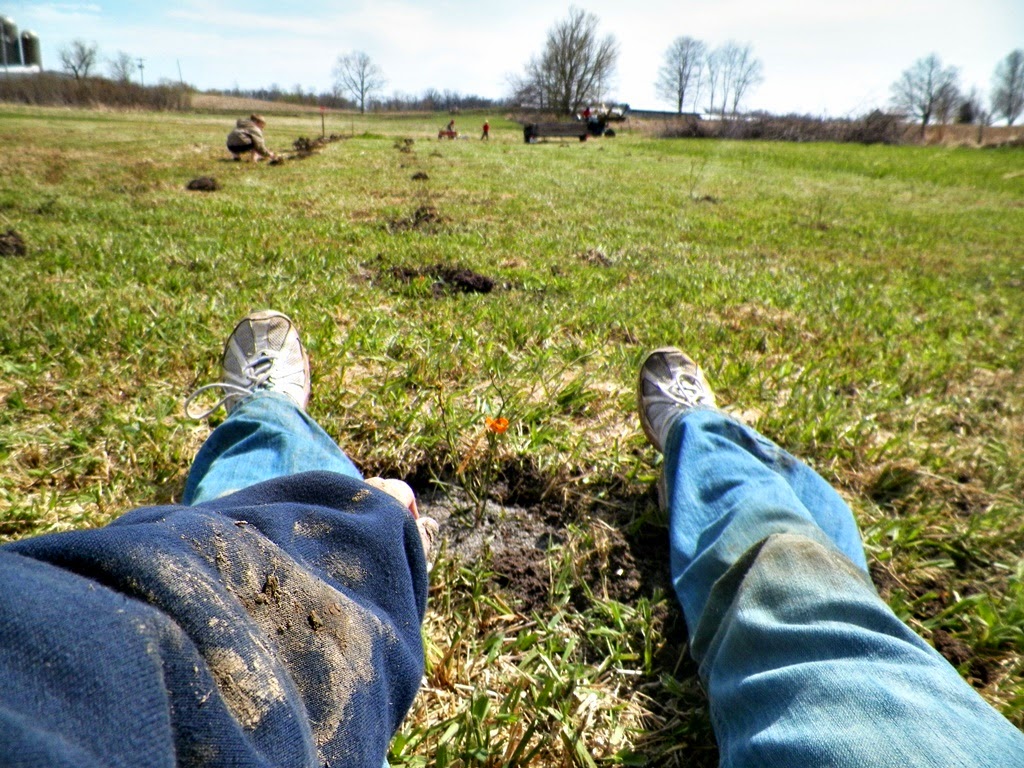 So, there you have it.  The children have also been helping my aunt clean up her yard to earn money for field trips next school year.  They made some flower sales and will be running the Produce Stand this summer too to help with the Field Trip Fund.  Hope you'll come on out and enjoy some of our fresh, organic produce.  One day we'll have blueberries to offer too, but not just yet.