The Final Blueberry Planting of 2014

We've been so busy and working hard this past week.  Despite the stomach flu hitting the ladies of the house, we've managed to accomplish what we wanted to on the farm. 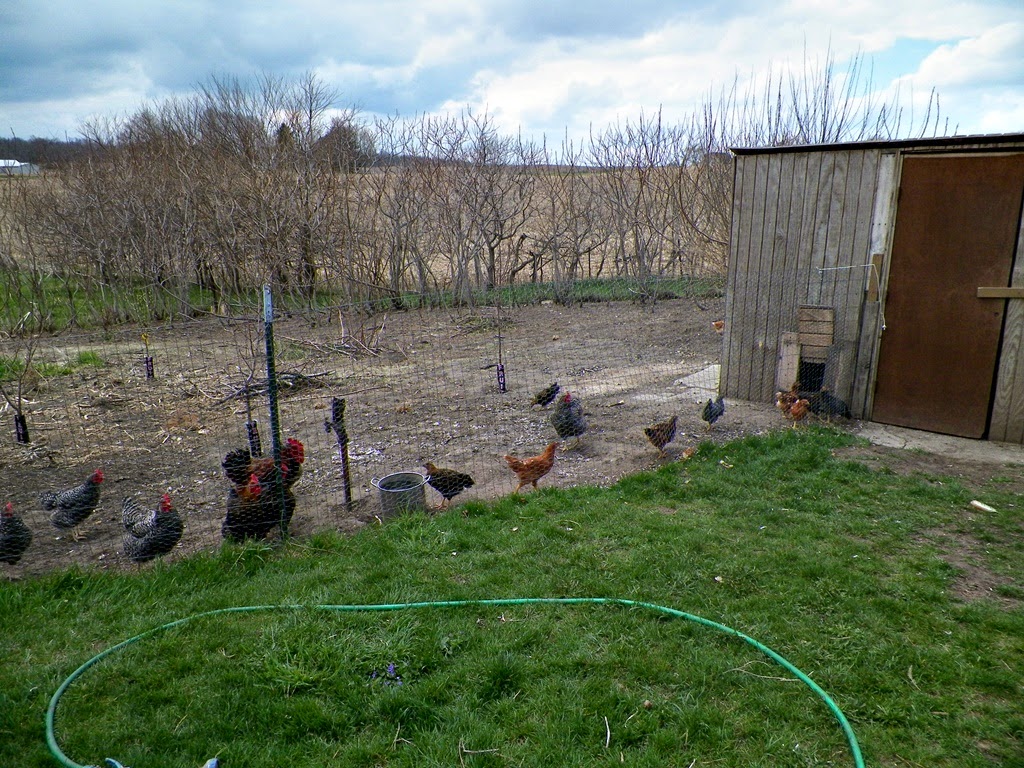 The chicks are moved in with the older hens and roosters and have their wings clipped.  There is some pecking going on, but hopefully that will subside after a short bit.  They are doing well though and figuring out their pecking order. 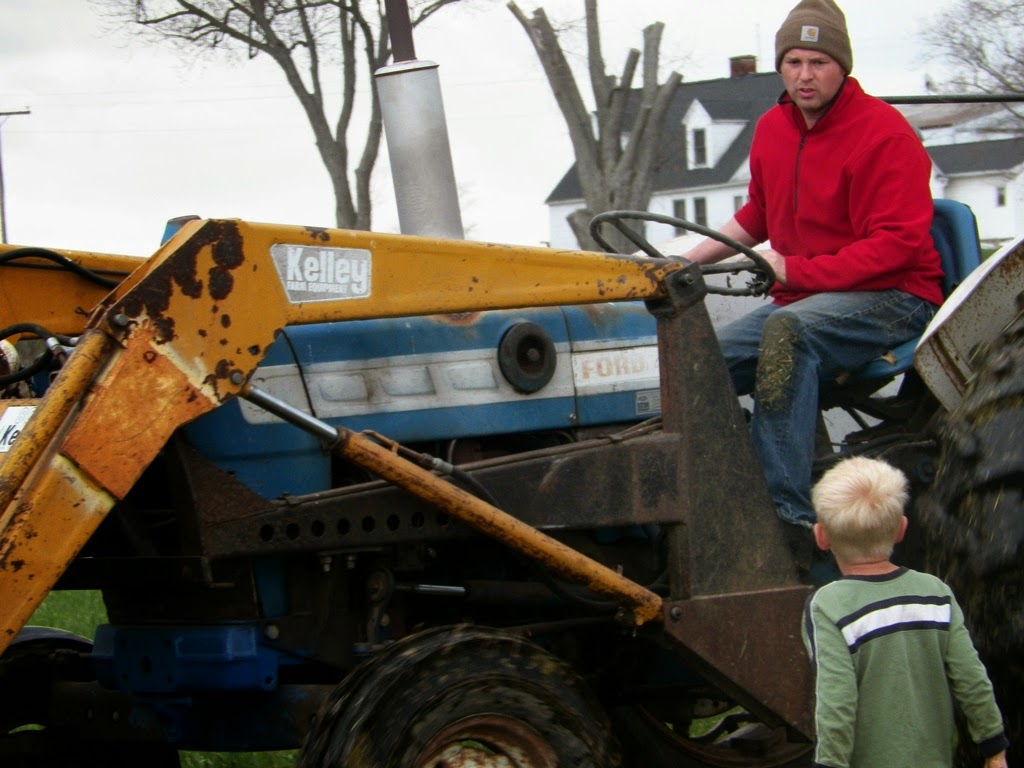 Onto the field.  A friend very nicely let us borrow his post hole digger which made the hold digging part of the blueberry bush planting go so much quicker.  I guess we had to do it by hand to truly appreciate the piece of equipment though I bet Jonathon would say that he didn't really need to dig those holes in order to appreciate it.  He was very thankful to use his tractor for that part of the job. 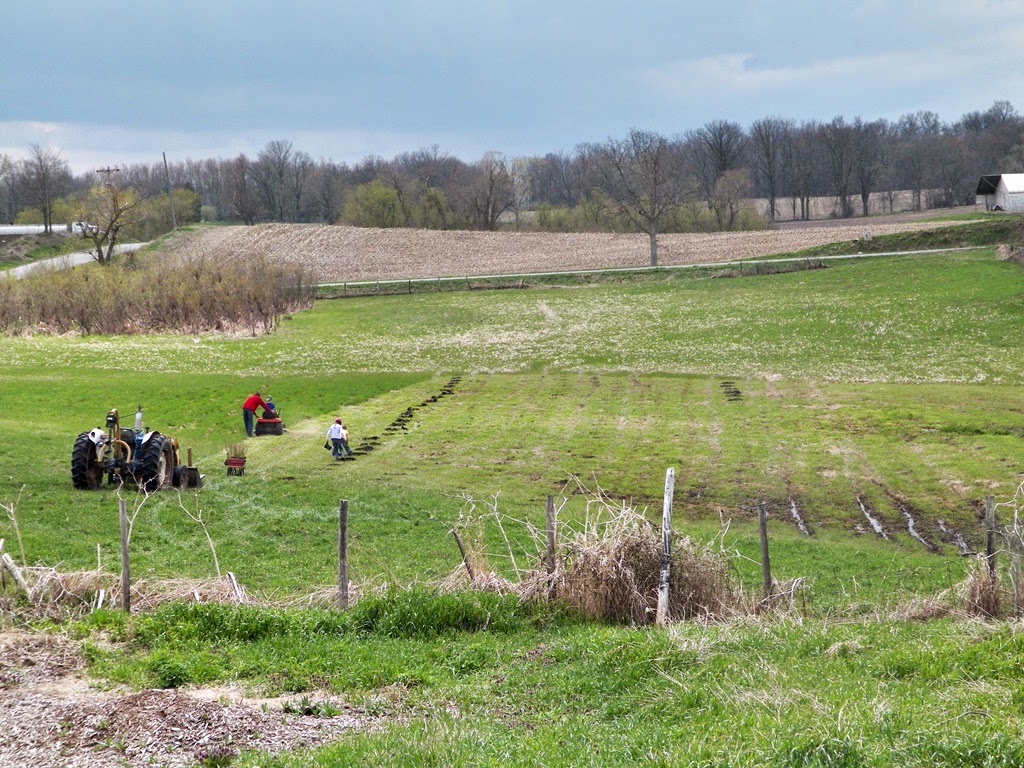 All 300 bushes of Dukes, Patriots, Berkleys, and Legacys are planted and fertilized.  The children were such great helpers and really did help the job go faster. 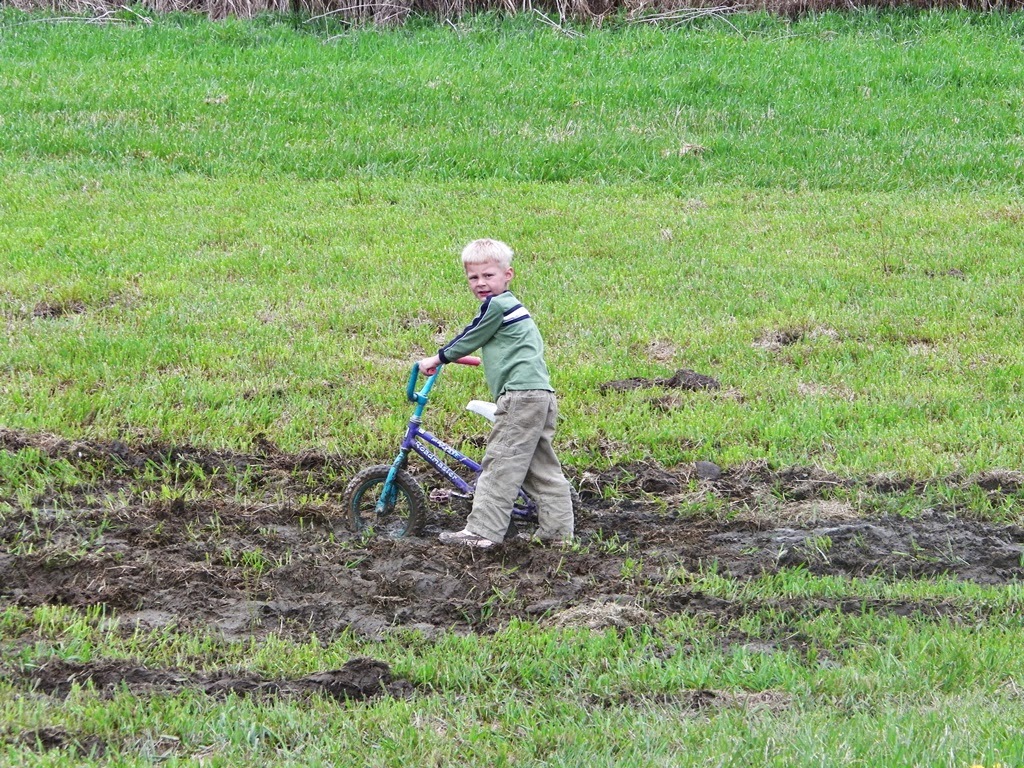 Except this one.  He mostly played in the mud.  :) 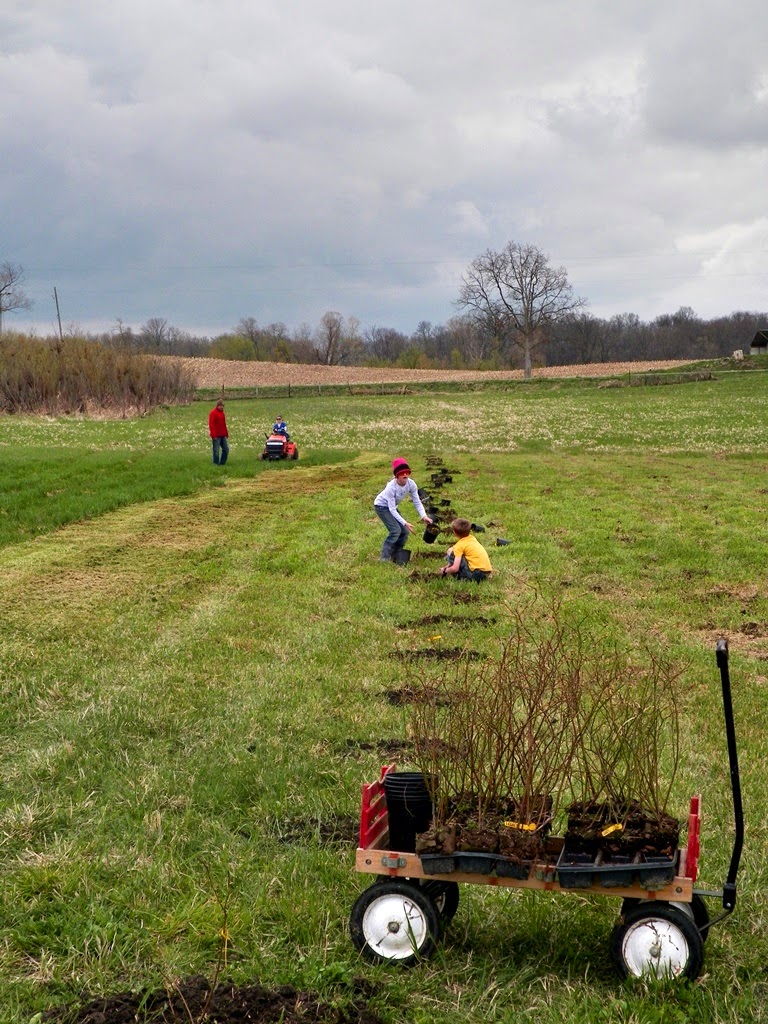 Everyone in action.  The children took turns driving the mower doing the job of mowing the rows and pulling plants down from the trailer up by the house.  They also helped plant and fertilize.  They've learned a lot and will continue as we take care of the bushes and keep berries picked off for the first year or so to help strengthen the plant.  Good lessons for them.

Here's our Diella with worm and hat on backwards.  She loves the outdoors stuff and doesn't worry too much about getting dirty, but she also loves fancy dresses and girly things.  She's pretty fun and a great helper too.

The children did such a great job helping that we decided to take them to DQ for a treat.  Parent bonus at DQ is that they have specials on Sundaes.  If you buy so many it makes them a lot cheaper.  AND since we have soooooo many children we qualified for getting the deal.  Woohoo!!  Thankful for our children who are growing, learning lots of new things that they can use in life, and that they are choosing to be such good helpers to bless their parents.   We are truly blessed!