Well, it seems I wasn't able to load pictures for awhile for some strange reason, but really I didn't have much time for that anyway. We had a garden full of produce that was wonderful to enjoy. The canning for the year didn't go so well as the pressure cooker wasn't working properly, and I ruined several loads of food due to that. I was bummed about all the beans that I lost, but with the help from my little helpers, I was able to get some pasta sauce canned for next year. Thankfully we had way me than we needed canned last year, so that will last us this coming year also. 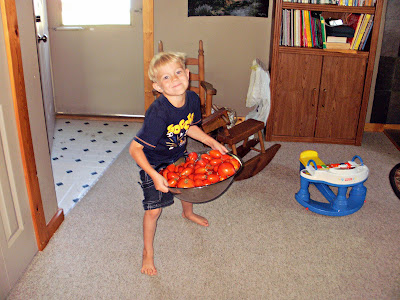 Here are my helpers carrying in tomatoes. They carried in several loads like this. 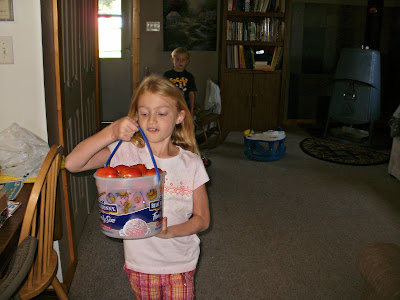 I am looking forward to them getting a big enough that they can help cut up the tomatoes. Usually my mom and I do it together and it goes so much faster with that extra set of hands. When they are big enough, I will have some great kitchen help. 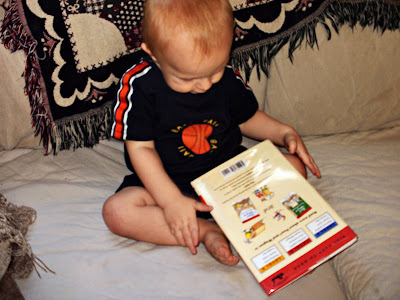 Benaiah didn't do much help with the canning, but he does love to climb up on the couch with a library book and sit and turn the pages. Most of the time the book is upside down, but in this picture I caught him looking at it the correct way. : ) 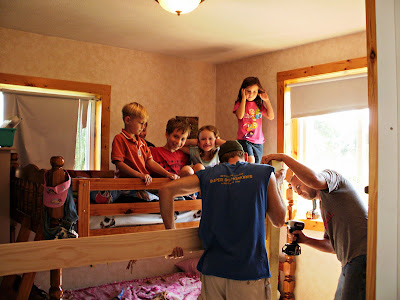 The big excitement of the summer was the building of a new loft bed, so that everyone in the house has a bed to sleep in. Josiah was not enjoying the couch so much and my grandparents gave us some wood that their neighbor gave them that was actually used for a loft. So, with some extra wood and a friend pitching in some help to construct another bed, all four children have a soft bed that is their space. 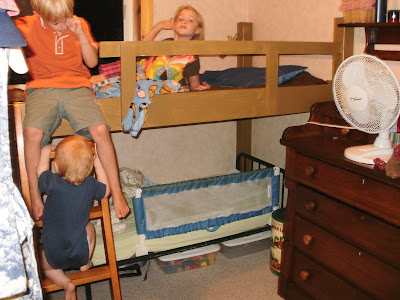 The loft completed and yes, Benaiah does get caught going up to the top every now and then when the children forget to put the ladder up. One night we found him laying on Alegra's belly while she was reading and he was sound asleep. But he does love his little toddler bed too. 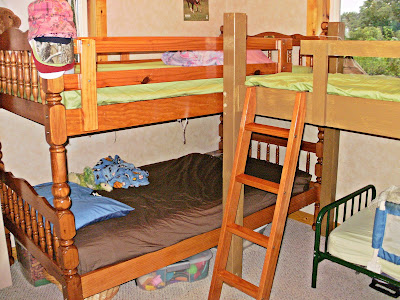 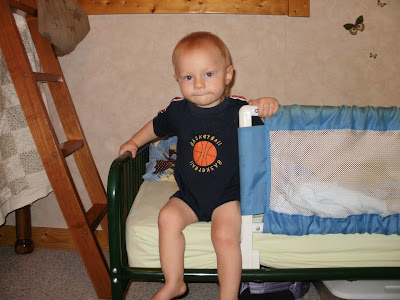 And Benaiah is walking now. He loves to be outside walking around and exploring. 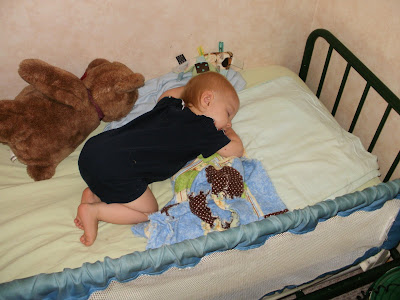 Which makes him tuckered out and it isn't anything unusual to find him sound asleep in his bed after crawling up in it on his own. What a joy he is!