We've had Titus for about a month now and learning more of his behaviours and why he does certain things.  He sure came with a lof of quirks, but hopefully by the time we're done working with him, he'll be happier, less anxious dog.  We can see why somebody would have just abandoned him or left him behind.  He's strong and strong willed, but mostly just afraid.  Sadly, his fear causes him to do behaviour weirdly and sometimes not very good.

I started watching The Good Dog youtube videos and have started having purposeful training sessions with him.  We've only had 2 days of it, but he's improving with certain fears and settling down on the leash.  Since we'll be home all week, this is a great time for us to really focus on his training.

The children have been wanting to work some agility stuff with him, so they figured out how to make some jumps for him and have been working with him on that.  He can do a double jump and a very long jump.  They usually have to have him on leash to direct him or he just runs around it.  :)  The other day they were so excited when he did the jump without being on leash.  He's making great strides but still has so much to learn and settle down within himself. 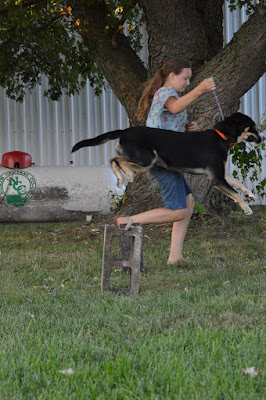 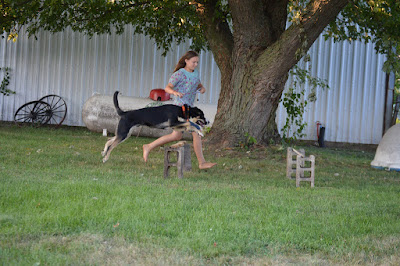 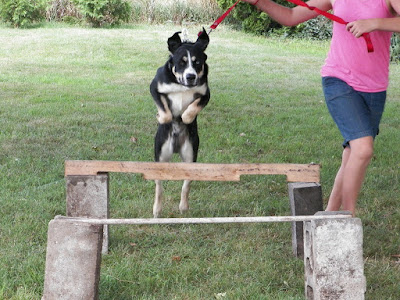 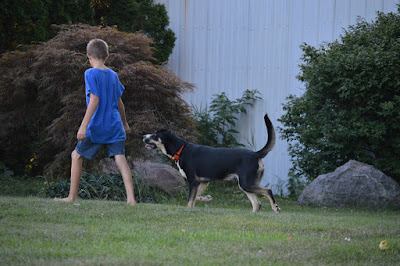 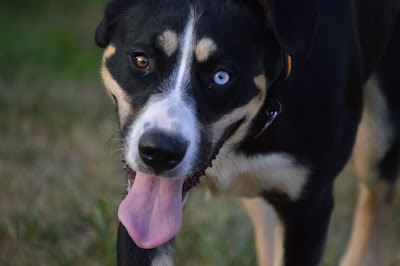 Wore out and tired after all the jumps. 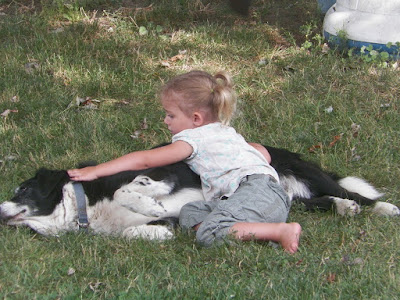 This is how Saphira plays with the old dog, Rufus. 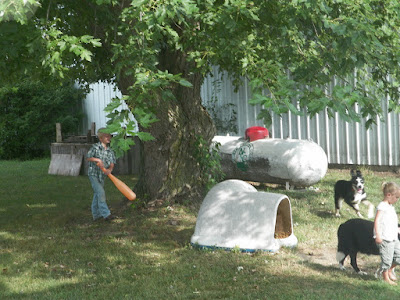 And then there's the new, young pup who runs laps around Rufus and plays quite well with Benaiah.  Those two are two peas in a pod.  :)

We've had some really lovely evenings the past few nights.  I was getting ready to call everybody to get ready for bed when I realized they were all outside.  I walked out and saw what the party was about.  They found this cicada coming out of the shell on a tree and put it on the sidewalk, so they could all see better.  Alegra watched, took pictures, and recorded this insect ever so slowly come out of its shell.  Amazing!  I'm not sure how long I sat and watched too then.  I said of all the years I've found those empty shells, I've never watched one come out.  I felt so blessed to be able to witness such a marvelous act by the Creator.  It was truly amazing, every movement that bug made to get out and then to dry off, and to be ready to live. 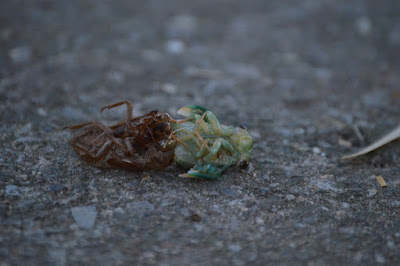 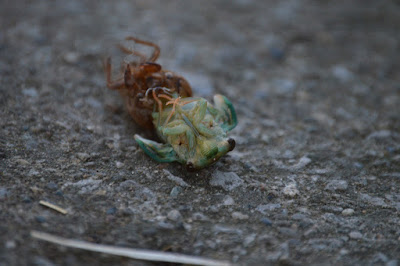 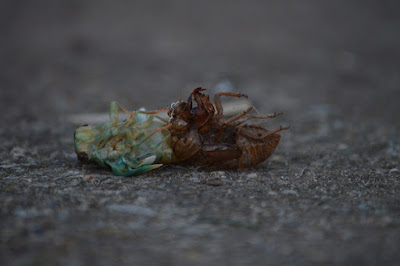 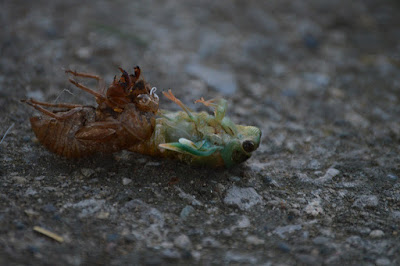 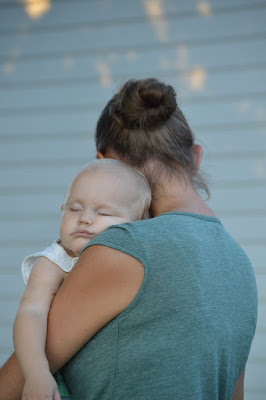 This is how I watched some of the agility tricks.  Love my snuggly baby, Hadassah! 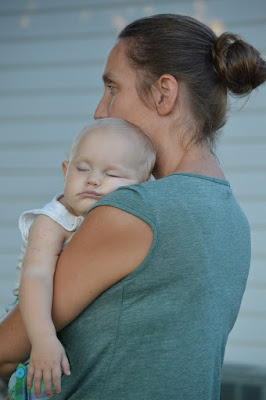 Hadassah is truly becoming full of personality.  She is a happy girl, with an amazing smile and big hugs that make you feel like the most loved person on the planet.  She's 10 months now and still has the rash she's had since she was born.  Though her head has cleared up, she still deals with it on her arms.  I'm giving her Milk Thistle tincture to help her liver work better to eliminate toxins and giving her a strong probiotic to help her belly process what she eats, so everything is functioning as it should.  I said I'd keep giving it to her until her birthday, so hopefully that's as much time as she needs to get all the bad bacteria out of her system and the good filling her up.  Please keep praying that her body is strengthening and getting better.  Her rash on her arms still irritates her, so that makes it challenging. 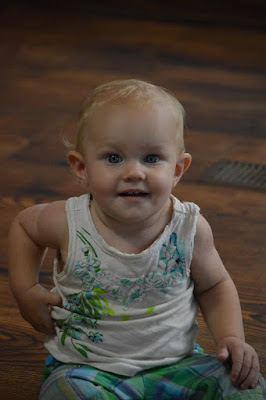 Our summer has been so great so far.  We've done minimal work outside, though today looks like it's going to be a big work day in garden and cutting wood, and mowing.  We've enjoyed lots of friends staying with us, small trips to swim, playing with friends, and taking walks with our dogs.

It's already August.  I finally went through all the school books to get ready for that, though none of us are ready to start.  I think we need to take August off as well.  There's just too much work and fun to be had to start school.  I'm pretty sure the children are thankful that their teacher isn't in any hurry to get started.  ;)