Benaiah turns 6 and his journey into this world.

Thought I would clean the desk today.  It's needed done after piling everything on it to clean for the childrens' program.  While cleaning it off, I came across a notebook.  I opened it and began tearing up.  Okay, maybe I'm a little hormonally emotional today, but it still touches my heart.  You see, today is Benaiah's birthday.  When I sit and think about how his life was formed and how I had to rely on the Father to protect me and him through the last stage of his pregnancy, I can't help but have tears for what God has done for me.  You can read how I spent the last 4 weeks in the hospital with Benaiah's pregnancy here.  It starts with his birth and as you scroll down it goes backwards of the story. 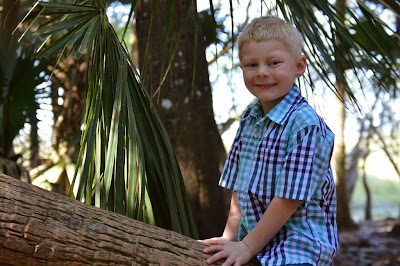 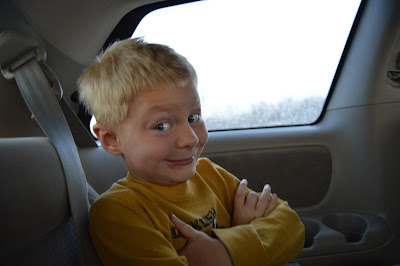 Back to my dirty desk.  I sat many hours in the hospital but was blessed with visitors of family and friends.  Here are a few of the signatures in the notebook that a friend brought me.  We had everyone sign it before they left.  I wish now that I would have taken more pictures of those that came and how we spent our time.  It all meant so much to me, but I have faint memories of certain moments, and strong memories of other moments.  Some that bring me big smiles and others that bring me tears of happiness because they were so meaningful. 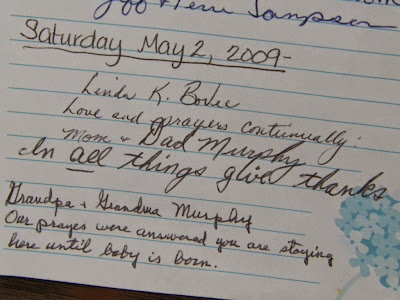 As much as I wanted to go home to be with my family, I had people praying that I would stay put in the hospital.  My grandparents were one of those who really wanted me to stay where I would be medically safe. 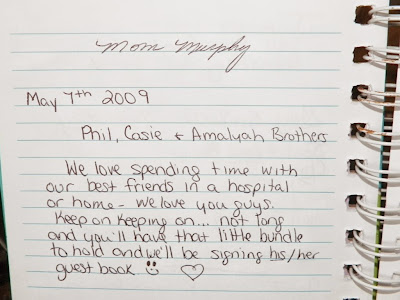 Some people went above and beyond the visits and helpful gestures.  I had some moments of tears because of what people were doing for me (their kindness) and moments of great laughter at what they brought to the room with their cheers for basketball games and card playing and moments that should have embarrassing to me.  Now, they are all great stories we tell, with much laughter.  :) 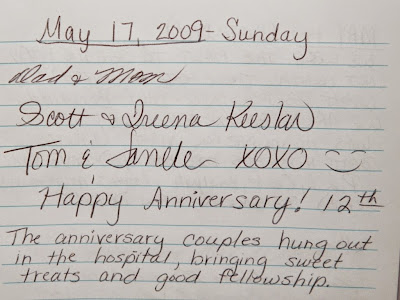 Our anniversary was spent with others who were also celebrating their anniversaries.  And our high risk doctor brought in a cake for us to celebrate.  It was so thoughtful of her and made the day special. 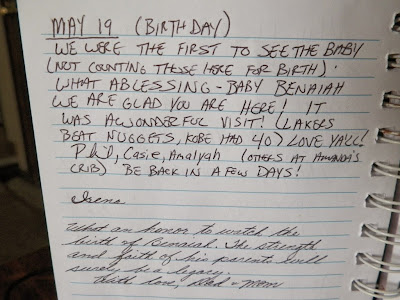 And then Benaiah was born and we were flooded with guests who wanted to see this new baby that was so special to us.  People were thankful for him and for my life being safe. 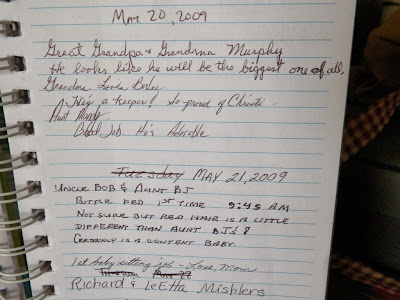 Was also thankful for those who helped out when I had to go back in to have the filter removed.  Jonathon went with me to surgery, while my mom and Uncle Bob and Aunt Betty Jo stayed with Benaiah in our room.  They gave him his first bottle and kept him company while I had to be gone.  Another blessing was a friend who donated her pumped and frozen milk supply.  I had to pump and throw away all that I got because of what might be in the milk after the procedure of removing the filter.  It was a blessing to know that Benaiah was still getting some good, nutrient rich breast milk.

This time, 6 years ago, I was holding my little guy after a very hard and painful labor and delivery.  It all seems like a dream, but I know that it wasn't and am thankful I'm on the other side of it all.  I sure don't take my health for granted after that whole incident.  Six years ago, right now, some of you may have been getting phone calls or text messages after you had been waiting all night to hear how we were doing and if baby had arrived yet.  We sure had a great support of loved ones pulling for us in prayer.

Today, I could look at Benaiah and just cry.  He's my most challenging and most affectionate child.  He's full of adventure, life, and jokes.  He's a super hard worker, willing helper, and loves to be outside doing whatever he can with his tractors and bike.

Benaiah wants to be a worker that fixes old tractors and trucks and backhoes when he grows up.

Benaiah wants to visit a zoo and a gun shop.

Benaiah plays with his toy tractors and things with wheels all day.

He is very ornery, full of imagination with outdoor play, loves the farming life, is brave to handle animals and critters, plays creatively with toys and never puts them away, gets into everyone's things, dislikes school but is learning well for wanting to watch all the tractors that drive by, and loves to pray.

I am blessed immensely that I was chosen to be his mother.  A random lady at a dog show wathced him and said, "He's going to be big some day".  Her words struck me, and though he may not obtain great knowledge in school or become a succesful business man, he will be big for the Lord.  His name means "Yahweh has built".  I believe that God will build him up to be a strong leader and servant of His.

We love you, Benaiah!