Our Iced in Day

Well, we headed for my brother's house on Sunday afternoon hoping to see all of them with my parents. We didn't make it as the roads were not very good and it was sleeting making them even worse. We turned around and went back home to have pizza and play games with my parents.

With the nasty weather lasting all night, Jonathon couldn't go to work, so we had an ice day at home as a family. The children quickly got their school lessons finished up, so they could enjoy the day! 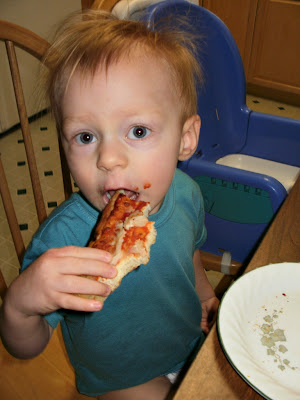 We had left over pizza for lunch, which Benaiah thoroughly enjoyed! 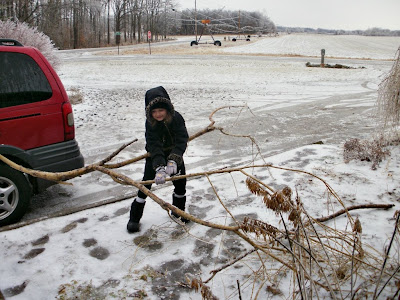 For some reason Diella pulled a bunch of broken branches up to the house and left them outside the door. So, she had to bundle back up and haul them out to the weeds. She hauled one without gloves on and came back in to put something on her hands. Lesson learned that ice covered branches are freezing to the hands! Our crabapple tree covered in ice. This was taken in the morning. There is another picture on here of what it looked like by evening. What a day of inclement weather. 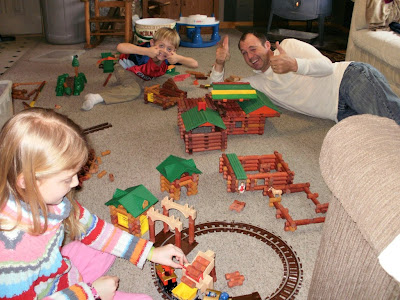 I had prepared to get some fun stuff out when Benaiah layed down for his nap. The children can't play with these kinds of things when he is up because of his destructive mode, so as soon as he went to bed, we got out the Lincoln Logs, blocks, and animals. Jonathon did that with the children while I worked on getting the rest of tax stuff around and pay bills. I would have rather had his spot, I'm thinking. : ) 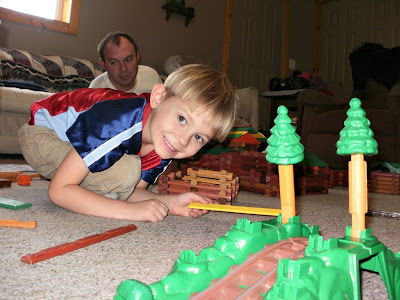 What fun they had building and being creative! 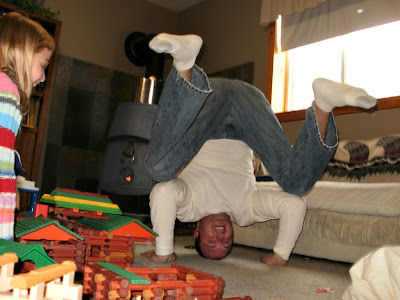 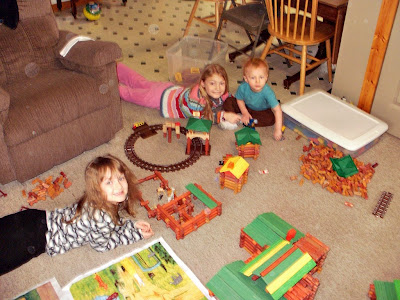 The the little brother woke up and it was all ruined. But they got some really good play out of it before the demolition project took place. 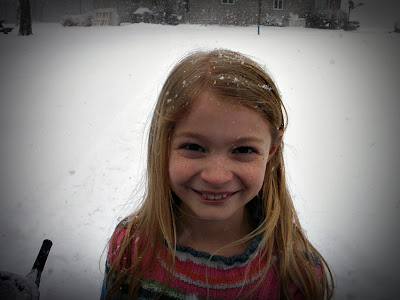 After the snow really started coming down and piling up, I told Jonathon that we needed to get more wood hauled up to the house. I had brought a bunch up before the last big snow storm so we would have plenty and now there was only a little bit left from that. It's hard for me to push the wheel barrow in deep snow, so I told him I would help him and we got more brought up in case we get lots more snow. 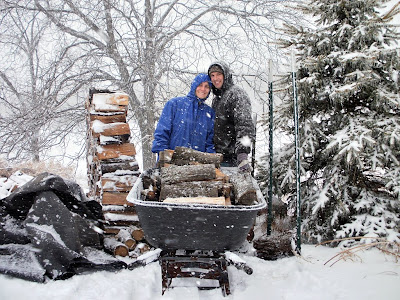 I love working outside with my man, even in the snow. It did bring warm memories of working together in the garden and flower beds, but actually, I think I would rather do this kind of work than weeding. Yuck! 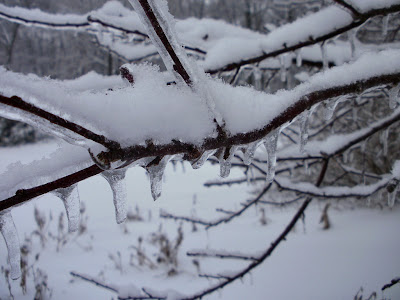 And this is my tree in the evening with ice and snow. 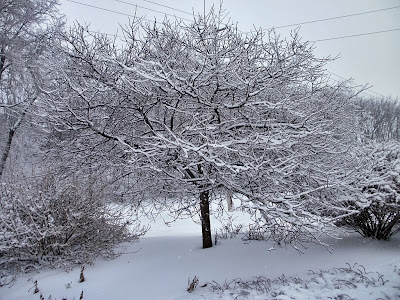 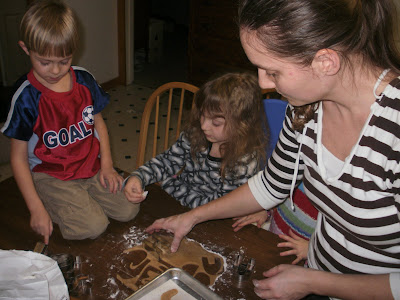 The temperature really dropped, we got all our outside jobs done, and I had stirred up sugar cookie dough that was chilling in the refrigerator. The children all picked out cookie cutters and we started getting creative again. 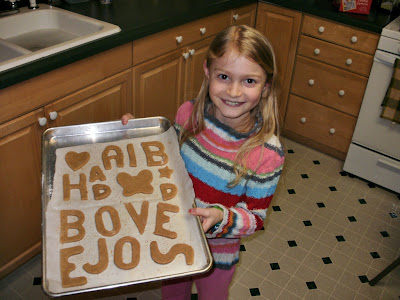 Alegra with a tray of letters and shapes. 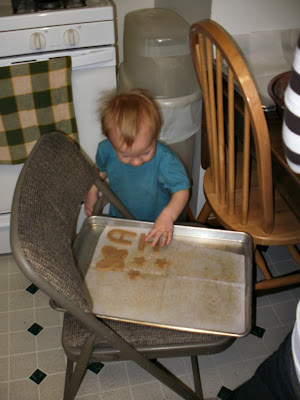 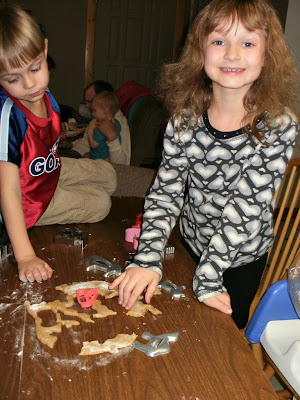 We got out letters from Aunt Carole Sue and metal animals and stars from Grandma Murphy. 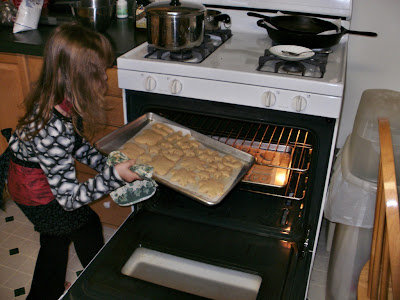 The girls helped out a lot. It's been awhile since they have helped me with all the steps of making cookies. They are growing up.... 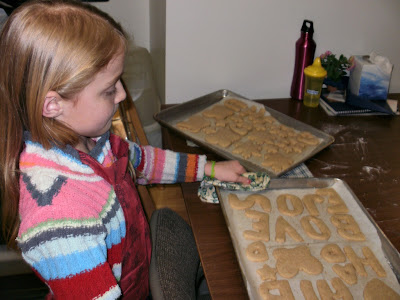 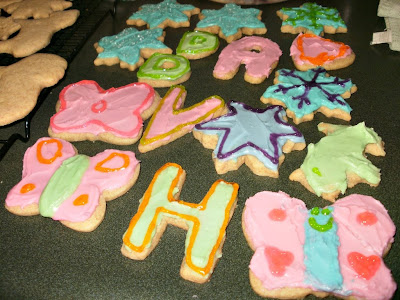 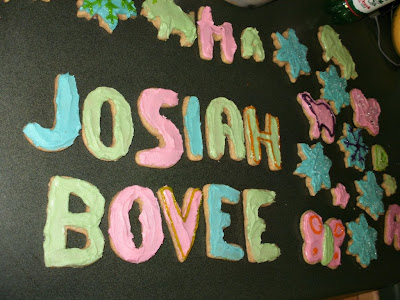 Some how, Josiah was the only one who got all the letters to his name. Guess he wasn't interested in butterflies or snowflakes.
We had such a fun productive day. Made great memories, talked, laughed, read, and did dances on our heads. Okay, only the papa did that. : ) So blessed with my family!

Posted by Bovee Family at 9:54 AM 1 comments