The joys of Saphira at 5 months old

There is no doubt that my children love their papa.  And it seems that they get younger and younger at realizing that he's the best in the house.  Honestly, they love me most when they come out, but give them a chance to get to know him, and the mom is history.  He's sooooo much fun, just ask any of them.  I'm glad he's my children's dad. 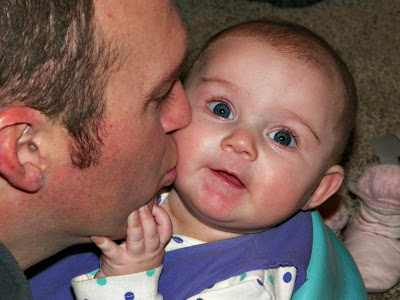 Not everybody gets the hand on the face when giving a kiss.  Mostly just the papa. 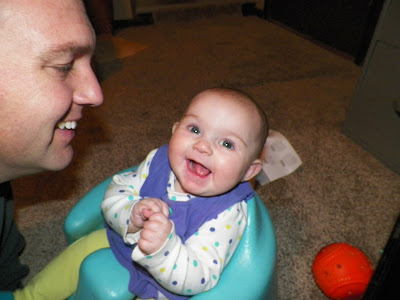 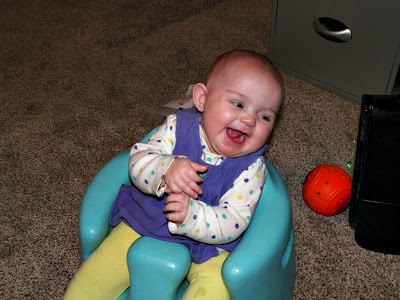 Even at just 5 months old, Saphira lights up when her papa gets home.  She does love him! 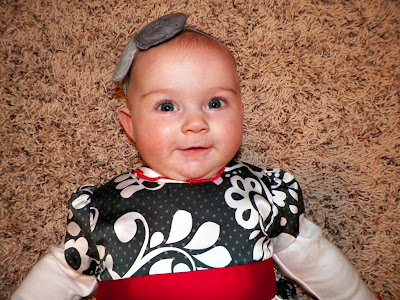 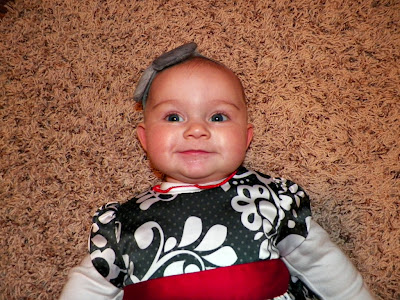 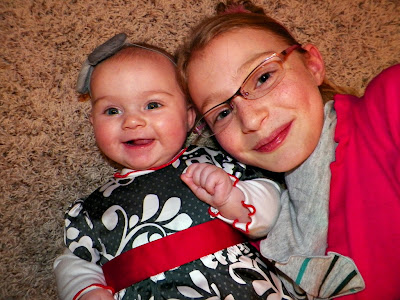 Beautiful girls!  Should have gotten Diella into the picture too.  After my grandpa's funeral we were all so tired, but everybody looked so nice that I had to get a couple pictures....well, mostly of the baby.  She's the cutest of us all.  It has been such a blessing having her in our family.  The joy that she has brought and brings into our family daily is what makes having a baby so wonderful.

It seems we've been busy around here and I haven't posted much of anything.  The boys went to the Colts game and had a grand time.  They also went to the rodeo and again, had a wonderful time.  Last week we hit our halfway through school day, so we took the day off and went to Ft. Wayne to the Farm Show.  It was a lot of fun for most of us.  I could have lived without it, but you know, sometimes you have to sacrifice for the team.  :)  ﻿ 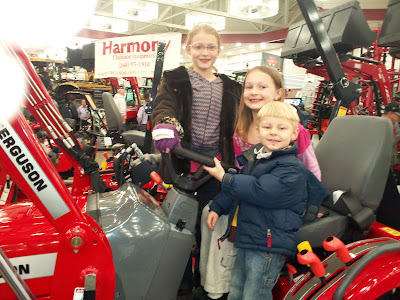 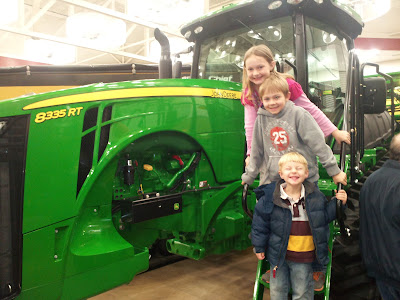 Lots of fun machines to climb on and be amazed by.

Our most recent change is that my Grandpa Murphy passed away last week.  This picture below is one that dad took on grandpa's last Model T tour.  I was so glad that dad took time off work to spend this time with Grandpa.  It obviously was time well spent when it's something that won't happen again.  So, yes, Grandpa was a big fan of old cars.  He's always had one as long as I can remember.  Slow rides around the country side were always enjoyed when the old car pulled out of the trailer.  The putt putt sound of the car turned an ordinary car ride into a step back in time and the feeling of life being nothing more than one to live at a slow pace.  So many memories spent in Florida, in Michigan, in the camper, in the T.  The last of my grandparents and a generation of great, old stories.  I was able to care for him a bit during his last days.  I enjoy giving people massages that I know are bringing relief to their achey bodies.  But a massage given to my grandpa who needed his toe nails and finger nails trimmed and showed his overall satisfaction in the foot massage I gave him, was pure delight for me.  Having him talk to Saphira and grin from ear to ear at her smiles at him was a pure joy.  He had a great smile!  And knowing that his last smile was to my littlest girlie while he was in the hospital in such pain, brought me such happiness.  So thankful that he's not suffering anymore.  Will miss him and watching him show Jonathon something or other on his car.  Will miss the look in his eyes when I tell him he shouldn't be under his car working on his engine with nobody around to help him if something goes wrong.  Will miss hearing his voice shake as he says the prayer before the meal because he's so thankful to be alive after all of his health problems.  And will miss that smile as he watches my children play....especially that one who runs all over the place.    ﻿ 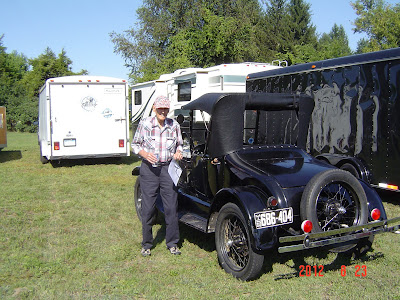 So, hug your loved ones a little harder.  Remember that you just don't know when your last breath will take place.  Appreciate those who work hard, care for others and are a part of your life.  \We are all just one breath away from eternity.  Make sure you know where your eternity will lie.  You have the choice to make now who you will live for, the world or the Creator of this world.  Do it now, before you don't have the chance to choose.  Live each day serving others.  Live each day serving your Creator.  Live each day as if it's your last.