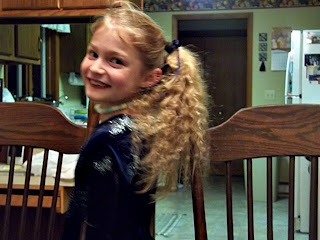 How can it be that time passes so quickly?  We have a 10 year old in our house now!  We are so blessed by Alegra's life and all that she adds to our family.  She's a wonderful addition in the music realm, keeping the house organized and neat, and being helpful with Benaiah when needed.  She's a blessing to us!

We had just a small girl's night celebration to honor her.  To see the party post on that, check out CLB CeLeBrations for all the details.  It was super fun and the best birthday she's ever had in her words.  : )

One Chapter, An Amazing Story

God just keeps taking me to this portion of Scripture often when I'm reading, so today I decided He must want me to expound more on it.  So, here goes.  A different look on a traditional holiday in our custom according to Jeremiah.  Do you think God, the Creator and all knowing One, would have put this in here purposely?  I think so.

For one cuts a tree from the forest,
The work of the hands of the workman, with the ax.
they decorate it with silver and gold;
They fasten it with nails and hammers
So that it will not topple.
They are upright, like a palm tree,
And they cannot speak;
They must be carried,
Because they cannot go by themselves.
Do not be afraid of them,
For they cannot do evil,
Nor can they do any good.

I think we can all agree that this sounds just like a Christmas tree.  It's a perfect description right down to the decorating it with silver and gold and nailing it, so it doesn't topple over. 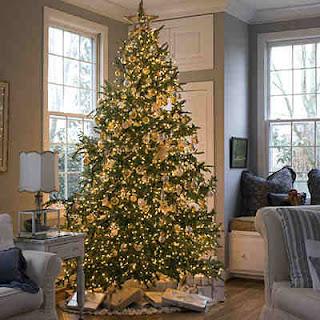 Beautiful right?
Here's what the first part of Jeremiah 10 says:

Hear the word which the Lord speaks to you, O house of Israel.
Thus says the Lord:
"Do not learn the way of the Gentiles;
Do not be dismayed at the signs of heaven,
For the Gentiles are dismayed at them.
For the customs of the people are futile;
For one cuts a tree from the forest,
The work of the hands of the workman, with an ax.
They decorate it with gold and silver............"

What is another well known figure in the Christmas Story?  Jeremiah talks about the wise men also in this same chapter, in verses 6-8. 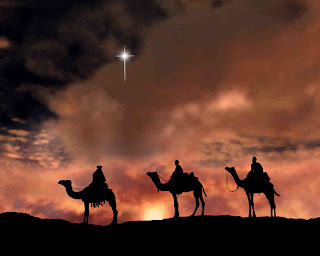 But the Lord is the true God;
He is the living God and the everlasting King.
He has made the earth by His power,
He has established the world by His wisdom,
And has stretched out the heavens at His discretion.
When He utters His voice,
There is a multitude of waters in the heavens:
And He causes the vapors to ascend from the ends of the earth.
He makes lightning for the rain,
He brings the wind out of His treasuries.

What a wonderful God, Saviour and King we serve!  If all that doesn't make you want to praise Him and obey His voice, I don't know what would﻿.
Oh wait, let's not forget the Shepherds!  The ones who saw the angel that told them to go see the babe.  I'm pretty sure God doesn't want us thinking of them as being such a highlight to the story.  Verse 21 says:

For the shepherds have become dull-hearted,
And have not sought the Lord;
Therefore they shall not prosper,
And all their flocks shall be scattered. 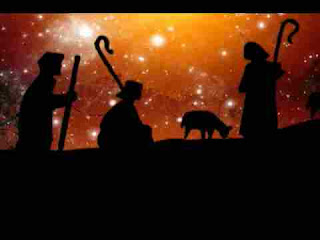 Now let's jump into the first part of chapter 11.  This is what God thinks is important after all the customs, traditions, and followings of Gentiles:

The word that came to Jeremiah from the Lord, saying,
"Hear the words of this covenant, and speak to the men of Judah and to the inhabitants of Jerusalem;
and say to them, 'Thus says the Lord God of Israel: Cursed is the man who does not obey the words of this covenant which I commanded your fathers in the day I brought them out of the land of Egypt, from the iron furnace, saying, 'Obey My voice, and do according to all that I command you; so shall you be My people, and I will be your God." 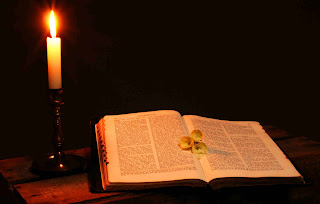 How many people look at that nativity scene as their saving story? Don't get me wrong, we needed Jesus to come as a baby, of a virgin, to save us from our sins, but do we really need to put so much emphasis on the surrounding parts of the holiday and vaguely mention our Saviour during our celebrations, except at the church Christmas program.  There is far too much in our hearts about presents, decorations, the spirit of Christmas.  I'm not sure the "spirit" of Christmas has anything to do with the Creator of the universe, but with our flesh feeling satisfied and good about the surroundings we are in during this time of year.  Read the story of Aaron with the golden calf in Exodus 32.  They worshipped in ways that pagans did with creating an idol. In verse 5, Aaron says, "Tomorrow is a feast to the Lord."   The next day they even offered up offerings, ate, drank and were merry (verse 6).   Now, was God pleased with this celebration that they offered up in honor of Him?  Absolutely not, but they thought He would be pleased, after all, they did proclaim it a day to Him.  Isn't that just what our customs are with Christmas?  Christians call it a celebration to the Lord in honor of His birth, but mix it up with all sorts of pagan ways of worship.  In verse 8 the Lord says, "They have turned aside quickly out of the way which I commanded them." 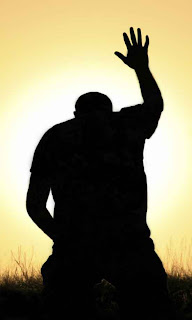 My heart feels like those in Ezekiel 4:4, "and the Lord said to him, "Go through the midst of the city, through the midst of Jerusalem, and put a mark on the foreheads of the men who sigh and cry over all the abominations that are done within it."  Oh you people who want to serve God with all your hearts, how do you see that celebrating Christmas is a blessed and pleasing thing to Him?  Look beyond how you have always been taught.  Try to see it how He sees it.  He gives us examples to follow for our own good.  Or not follow in the case of Aaron and his idea of a celebration to the Lord.

I realize that only a small handful of people who will read this, also see the truth behind the lies that the enemy has infiltrated in the minds of christians about traditions and holidays.  He gives us days to celebrate that are filled completely with His goodness.  Why wouldn't you want to be a part of those days?  They are a blessing, sweetness to the body and full of joy and worship in a holy and pure way.  I encourage you to read about those feasts that are HIS.  They aren't just jewish feasts, but His that He established for us to rejoice in.  Feel free to contact our family if you want to learn more about them.

John 4:23,24
Jesus speaking,
"But the hour is coming, and now is, when the true worshippers will worship the Father in spirit and truth; for the Father is seeking such to worship Him.  God is Spirit, and those who worship Him must worship in spirit and truth."
Don't forget what "truth" is.  John 17:17, Jesus speaking says, "Sanctify them by Your truth.  Your word is truth."  All that Jesus could have been referring to is what was given in the Old Testament.  That was all they had to go by for Scriptures.  So, He is saying, all of the Old Testament when God was speaking, is truth that will sanctify us.  Now in Psalm 119:142, it says, "Your righteousness is an everlasting righteousness, and Your law is truth."  The feasts that He established are in the law, which is part of the words that God spoke in the Old Testament.  So, wouldn't it make sense that part of that worshipping Him in spirit (which guides us to all truth- John 14:26, 16:13) and in truth would be observing and celebrating the feasts that He set apart for us?  That's not all, but just a portion of what He is seeking from those who say they worship Him.  Otherwise, you might hear, "I never knew you, depart from me, you who practice lawlessness" (Matthew 7:23).  Seek Him and His ways!